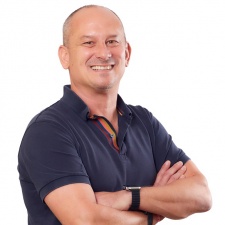 Games services and software giant Keywords Studios is going to be promoting Jon Hauck to the role of chief operating officer.

He was previously chief financial officer for the company, having taken on the role back in 2019, and will be promoted to COO once a replacement CFO can be found. Hauck has actually been working as interim COO since March of this year.

Before joining Keywords, he worked for ten years at Rentokil Initial.

"I am delighted that Jon has agreed to take on this new role," Keywords CEO Bertrand Bodson said.

"He has been an exceptional CFO since he joined over three years ago and, in that time, has developed a deep knowledge of the business, having acted as both interim CEO and interim COO in recent times while continuing in his existing role.

"We have worked very closely over the past year to set the new strategy for Keywords, and this will enable Jon to focus on the operational performance of the business and the M&A strategy whilst strengthening our executive team with the addition of a new CFO. I look forward to continuing to work with him to deliver the next phase of the Group's strategy."