Keywords sets up shop in Bucharest 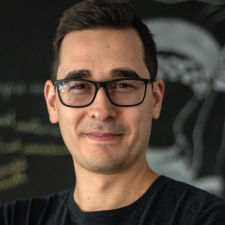 The firm hopes to create over 1,000 jobs in its first five years in the city. This news comes less than a year after Keywords made its debut in Eastern Europe with the acquisition of 3D graphics specialist AMC Ro Studio.

"Keywords Studios has extensive experience across the entire game development lifecycle from development to testing, market launch and post-launch support," Keywords head of studio Vlad Alexandru – who joined the company in June of this year having previously been biz dev director at AMC Ro – said.

"We have been providing many of these services for almost 25 years to some of the world's leading game companies such as Activision, Blizzard, Bethesda and Electronic Arts. We want to contribute to the development of the industry in Romania, offering people the opportunity to lend a hand in the development of some of the most popular games in the world. This studio will also further contribute to the growth of Keywords’ global talent pool which stands at 12,000+ and is increasing by the day."

He continued: "We are looking to hire not only in Bucharest but throughout Romania, offering many remote positions and thus contributing to the development of regions that until now have not been visible to most multinational companies. It is a priority for us to provide specialists with a work-life balance and fair financial recognition in relation to their work, experience, seniority and performance."