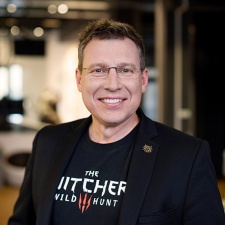 Polish games firm CD Projekt has said that the upcoming and eagerly-anticipated Cyberpunk 2077 will have more post-launch content than The Witcher 3.

In a call with investors – as transcribed by Seeking Alpha – president Adam Kiciński (pictured) said that it will be releasing more DLC for the sci-fi RPG title and that we can expect details before launch. The Witcher 3, which was released back in 2015, received a wealth of content after its release, including the paid Hearts of Stone, and Blood and Wine expansion packs, as well as a wealth of free DLC.

"Yes, you can expect similar path after release," Kiciński said.

Cyberpunk 2077 is set for a November release.