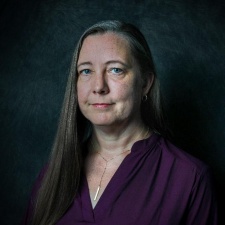 This venture will apparently be tasked with "all aspects" of video game production, such as art, engineering and design.

Calypte is being helmed by studio director Kirsten Kennedy (pictured), a 20-year veteran of the games industry whose career started out working in QA at Rockstar Vienna on the likes of Grand Theft Auto III and Vice City, as well as the first two Max Payne games. In 2004 she became an associate producer at Rockstar Games, before short stints at EA and Koolhaus. In 2011 she was hired by The Walking Dead maker Telltale Games where she worked for almost four years in production roles. From there she spent three years at Ubisoft San Francisco and another three-and-a-half years at 2K Games.

“I’m excited to be joining the Virtuos family and am honoured by the trust that Jake and the team have in me to steer our growth in North America," Kennedy wrote.

"From the concentration of gaming studios in the region to the diverse pool of highly-skilled and experienced gaming talent, the Bay Area is a fantastic place to grow our studio.”

Virtuos's North American GM Jake DiGennaro added: “We saw the opportunity to bring Virtuos’ values and expertise in distributed game development to the Bay Area. With the launch of Calypte, we look to provide alternative and accelerated career paths with opportunities to work on diverse AAA games. We also remain dedicated to creating an inclusive environment that fosters and embraces creative endeavours – and ultimately, the making of great games.”

This all comes in the wake of Virtuos opening up outposts in Malaysia and France. It has also bought studios in Vietnam, Ukraine and Canada.