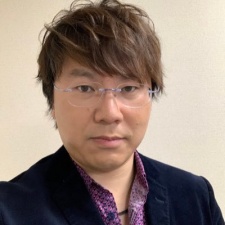 In a post on Twitter – spotted by GamesBeat – the producer said that he had actually left Capcom back on March 31st, 2022. Kobayashi joined Capcom 27 years ago and has led a long and distinguished career at the firm. In 1996 he was a programmer on the original Resident Evil and has since worked on most of the main entries in the franchise up until Resident Evil 6.

For much of his career at Capcom, he has been in production, working on series including Devil May Cry, Dino Crisis, Mega Man and Dragon's Dogma.

"I will strive to continuously create more enjoyable entertainment for everyone at this new company, in this new era," Kobayashi wrote.

He is the latest Japanese development vet to up sticks and join NetEase Games. In October 2021, the Chinese firm snapped up Suda51's Grasshopper Manufacture, while in January of this year Yakuza creator Nagoshi set up a new NetEase Games-backed studio.

The Chinese giant has also established two developers in North America; Jackalope in Austin, Texas and the Seattle-based Jar of Sparks.