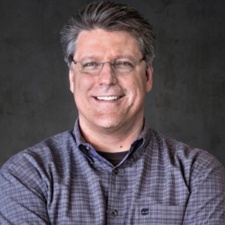 China's NetEase Games is opening a brand new studio in the US with 343 Industries alum Jerry Hook (pictured) at the helm.

This new venture is called Jar of Sparks and is based in Seattle. Many of the people already hired to the studio previously worked at 343 on Halo Infinite. Studio head Hook was head of design on the title, while creative director Paul Crocker was the game's assistant creative director and producer Greg Stone held the role of character and combat director on the sci-fi shooter.

“We have built games for some of the biggest companies in gaming, and now it’s time to take a shot at putting our own personal lightning in a bottle," Hook said.

"We want to create something new, innovative and that’s a blast to play. When looking to create a new studio the most critical part of finding the right partner was being aligned on the fundamental goals of having the freedom to take innovative risks and to put the passion of our creators first. This meant that our player experiences came before the business, which itself is a risk. NetEase came to the table with a strong creative first approach; they demonstrated the same passion we have for our players and building new experiences that we believe players are looking for.”

Jar of Sparks is NetEase Games' second US studio following the establishment of Jackalope Games earlier this year. This comes amid a crackdown on tech and games firms in China.