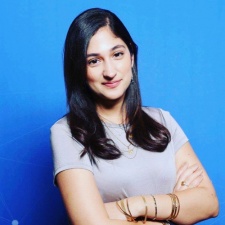 The editor-in-chief of IGN Tina Amini is leaving the publication after four years.

In a post on Twitter, she revealed that she was stepping down to take a brand new job outside of the media. At the moment, there's no indication where Amini will be heading to.

Amini joined IGN as editor-in-chief in March 2018. Prior to that she held roles at the likes of Mashable, Kotaku and Complex Magazine.

"In an unexpected life twist, I’ve been given the opportunity to explore a career outside of media/journalism, and I’m unbelievably excited for the future," she wrote.

"IGN quickly became a massive, important part of my life and I’ll forever be proud of the team and the award-winning work we’ve done together.

"I’ve heard from so many both externally and internally how much they’ve enjoyed the changes & new types of content we’ve made, & it’s filled my heart with a lot of joy to know that I’ve helped make an impact on one of the biggest & most important voices in gaming & entertainment."

IGN fires editor-in-chief following investigation into alleged misconduct, co-founder Schneider to replace him in the meantime