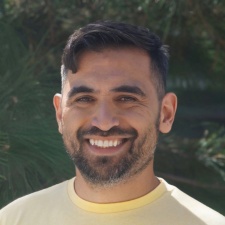 The venture has been founded by former World of Warcraft game designer Chris Kaleiki (pictured) and software engineer Douglas Frazer. Speaking to GamesBeat, Kaleiki said that the studio current employs eight people but hopes to reach 12 members of staff in early 2022.

Notorious is working on a brand new MMO and has been backed by a funding round worth $5 million, led by Galaxy Interactive, with Riot Games and 1UP Ventures also chipping in.

Kaleiki told GamesBeat that his new venture wasn't going to become similar to his previous home, Blizzard, when it came to a toxic working culture. The co-founder said that he wanted there to be less of a hierarchy at Notorious, with the hopes that a lack of managerial power dynamics will help reduce the likelihood of harassment and misconduct. Whether this is an effective strategy remains to be seen.

“What’s important is starting a culture and having no tolerance for harassment and things like that, and also being transparent and open," he said.

"We’re aspiring to do a flatter structure. None of us are leads or directors. Previously in our careers we were all individual contributors. We were the ones who’d just build or code or make art or design things. We aspire to have that flatter structure where we don’t have a rigid hierarchy. Harassment usually comes from a subordinate-superior sort of relationship. We’re hoping that flatter structure can address some of those problems.”