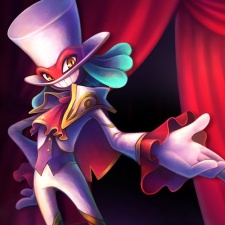 The news was initially reported by Twitter user Nintendeal, who had spotted that the Sonic creator had changed his employment information on Facebook. IGN then verified that Naka had left, before the man himself confirmed the news on Twitter.

No official reason has been given for Naka's departure, though he does say he will be talking about this at some point in the future. He also says that he is considering retirement. There has been speculation that he left due to the poor commercial and critical reception for his recent title, Balan Wonderworld, which launched in April of this year.

"I retired from Square Enix at the end of April 2021 because I would like to contact the media and users," Naka said, via Google Translate.

"I can't talk about the reason now, but I hope I can talk about it when the time comes. As for future activities, I'm 55 years old, so I may retire."