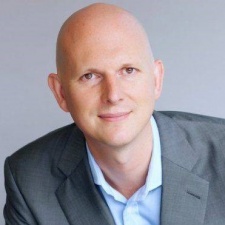 In news that will shock very few of you Google's Stadia streaming service apparently did not hit expectations.

That's according to a report from Wired, which says that two sources claimed that the platform had not met the forecasts set out for it by the search giant. Since its launch in November 2019, Google parent company Alphabet has not mentioned Stadia once in its financial reports or its call with investors; nor has it publicly said anything about how well the cloud games platform has performed.

Meanwhile, Bloomberg reports that Stadia boss Phil Harrison (pictured) courted big name publishers like Take-Two and Ubisoft and that Google paid of "tens of millions of dollars" to bring games like Red Dead Redemption 2 to the platform. Apparently, the amount of money the company was willing to pay to bring big names to the service even shocked industry vets.

This news comes in the wake of Google closing down its first-party Stadia Games and Entertainment development studio at the start of February. This reportedly came just days after Harrison had praised the development teams and had seemingly made it seem like they had a future ahead of them.

The decision to close Stadia Games and Entertainment was in-part due to anxieties about Microsoft's continued studio spending spree, not least the purchase of Bethesda parent company ZeniMax Media. Wired also reports that while Google announced the opening of a Playa Vista in March 2020, the following month the search giant put a hiring freeze into effect. The company was not able to bring new blood in, save for some "strategic areas," of which game was not one.