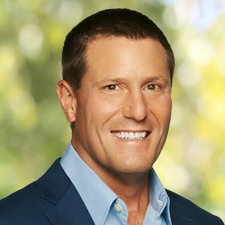 Kevin Mayer (pictured) has been elected to the board of Korean games firm Nexon.

He comes on board with a wealth of experience in the entertainment business, having previously worked at The Walt Disney Company for 15 years. During his time at the House of Mouse, he assisted with the acquisitions of Pixar, Marvel, Lucasfilm and Fox in his role as chief strategy officer, before being promoted to chair of Disney's direct-to-consumer and international business in 2018.

Mayer left Disney in 2020, but also holds a number of high profile roles, including CEO of social media giant TikTok and COO of that company's parent, ByteDance. He's also on the board of Salesforce and DAZN.

“Kevin is an outstanding addition to our board,” Nexon CEO and president Owen Mahoney said.

“His experience and insights will be extremely valuable in helping expand our new and existing Virtual Worlds onto new platforms and into new markets.”

Mayer added: “Nexon’s unique ability to create and sustain Virtual Worlds puts the company on a path to become one of the world’s premier entertainment companies. Their research and investment in new technology will change the way games are created and played.”

In 2019, Nexon was up for sale, with the likes of Tencent, EA, Amazon, Comcast and Netmarble apparently entering the fray to buy the Korean firm. In July 2019, Nexon withdrew itself saying there was a lack of buyers.