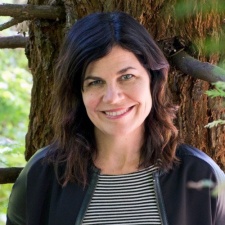 As revealed on Olson's Linkedin page, She has been appointed the head of production at her with her new employer. Midwinter Entertainment was set up by veterans of 343 Industries, Josh Holmes, Peter Burzynski amd Fredrik Persson at the end of 2016. The studio was recently acquired by cloud games firm Improbable.

Olson was with 343 Industries for over seven years, working as an audio producer, lead producer and finally an executive producer. Her exit comes barely two months after she became the executive producer for Project Scarlett title Halo Infinite.

Before joining the company owned by Xbox Game Studios, Olson founded Sparks Inc. She also worked as an audio manager at the now-closed Zipper Interactive which was part of Sony Computer Entertainment.

Concerns over the Olson's departure - following the exit of creative director Tim Longo two months ago - were raised on Reddit. Fans believed Olson replaced Longo in working on Halo Infinite.

Halo community manager, John' Unyshek' Junyszek responded, reassuring everyone that the game was still in full swing and that there no problems at 343 Industries. Informing fans that Olson was the lead producer - not the creative director - meaning she was never a replacement for Longo.

"There is no creative dilemma inside the studio, and there's no writing on the walls," said Junyszek.

"I'd like to reassure everyone that the entire Halo Infinite team is rallying behind the game and is working hard to make sure we can execute on its vision."