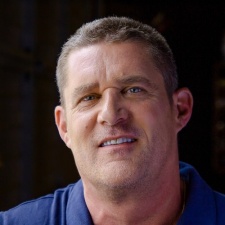 That's according to the developer's head Glen Schofield (pictured), who recently told VentureBeat that the outfit is approaching 80 members of staff with another 40 or 50 positions left to fill. Former Visceral GM Steve Papoutsis was hired at Striking Distance in July 2019.

Striking Distance was announced in June 2019 with the former head of Sledgehammer and Visceral Schofield at the helm. This follows the development vet leaving Sledgehammer with fellow co-founder Michael Condrey to take on an exec position at publisher Activision. There was no news about what these roles were, but at the start of 2019 Condrey popped up to head up 2K's new Silicon Valley studio before Schofield joined PUBG Corp in the summer.

"We have more than 70 [members of staff]," Schofield said.

"We’re quickly approaching 80. We still have a lot of hiring to do, 40 or 50 more people, in all kinds of disciplines. We’re hiring even through the work from home time period. As a matter of fact, we made three offers this week. We’re still interviewing people through Zoom and that sort of thing."

There's little word on what Striking Distance is working on just yet, with Schofield saying that the focus right now has been on building the studio.