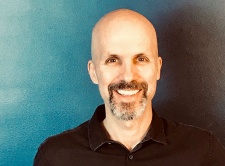 As announced on the Broken Roads website, McComb will serve as the creative lead for RPG. He has previously worked on titles such as Fallout 2 and Planescape: Torment and Tides of Numenera.

“It's not all that often that you get a chance to work on a game that combines two major focuses of your resume,” said McComb.

“When Craig told me what he wanted to do with the setting and the philosophy of Broken Roads, I had to fight him because I was jealous of his idea. But then he let me join the team, so that was cool.”

Speaking to GameSpot, Broken Roads game director Craig Ritchie revealed that studio had been searching for an experienced designer in the field of RPGs. McComb's work on Tides of Numenera stood out to Ritchie.

"The high concept work in Tides of Numenera and the depths to which certain themes were explored really stood out to me, and Colin felt like a great talent to try to get on the team," said Ritchie.

"I contacted Colin and we got talking, simply by reaching out over Twitter. It felt like a long shot, but I sent him the link to our reveal trailer, we started discussing the game in general and the possibility of him being involved."

McComb went on to discuss the game's unique morality system, he explained that "Broken Roads is going to have a thoughtful and reactive system that will allow players to chart a mental journey that gives them the freedom to explore new avenues of thought without constraining them to a specific path or punishing them for their choices."

We are excited to announce that Colin McComb has joined the team as Creative Lead on Broken Roads! @ColinMcComb's work includes Fallout 2, Planescape: Torment & Tides of Numenera - we're stoked to have him on board!#indiedev #gamedev #indiegamedev #rpghttps://t.co/BtC1neXkLd pic.twitter.com/XJbrJnLRKN