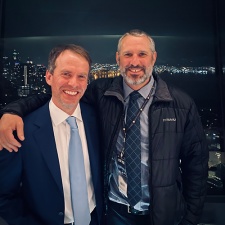 The news was revealed by Halo Infinite's head of creative Joseph Staten, who posted on Twitter that Bertone had joined as studio technical design director of the latest entry in the Halo franchise.

Bertone's career in the games industry started at Bungie where he worked between 2000 and 2012, contributing to the first three Halo games, as well as ODST and Reach. Since working at the Halo maker, he has worked at Industrial Toys, Undead Labs, Probably Monster and Highwire, the maker of the controversial Six Days in Fallujah.

"Paul and I met in 1999, back in Bungie’s Chicago days, and then shipped Halo 1-3, ODST and Reach together. I’m thrilled to have Paul help lead the future of Halo Infinite."

Halo Infinite was released at the end of 2021.