London's Mediatonic has a new CFO 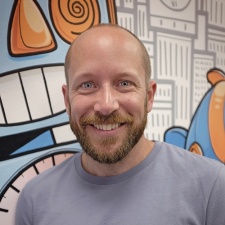 Steve Tinkler comes on board having previously worked in a CFO role at customer engagement and experience specialist Ember Group. He joined in August 2015 and - according to Mediatonic PR - helped the business grow fourfold over a period of three years.

Prior to that, he was group financial controller for three years at cities, infrastructure and transport consultancy Steer having worked at accounting company BDO UK for nine years.

"As we celebrate passing the 200 people milestone, our group is expanding overseas with operations now in London, Madrid and Tokyo," Mediatonic co-founder Dave Bailey said.

"We're delighted to welcome Steve onboard as CFO with his international experience building creative, people-focussed companies as we look towards our next phase of growth."

Tinkler isn't the only new hire over at Mediatonic. Failbetter marketing director and PCGamesInsider.biz columnist Haley Uyrus was hired by the company in February of this year.