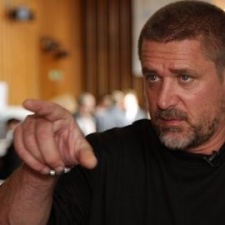 The co-founder of Sledgehammer Games Glen Schofield has announced his departure from publisher Activision Blizzard.

The developer took to Twitter (below) to reveal he was moving on, thanking the publisher and saying he was taking some time off to relax.

Schofield co-founded Sledgehammer Games in 2009 with the studio working on Call of Duty right out of the gate. The firm picked up the slack on Modern Warfare 3 following the very public implosion of Infinity Ward in the wake of Modern Warfare 2, before becoming a main series developer - alongside Treyarch and Infinity Ward - in 2014 with Advanced Warfare. The studio also made boots-on-the-ground title WWII.

I’ve had a great run here at Activision; 3 COD’s- MW3, AW and WWll- that I’m proud of. I feel it’s time to try something new tho. I’ll be leaving Activision end of Dec. and taking some time off to relax. Then off to something else exciting.
Thank u Activision for everything!

Schofield stepped down from his position at Sledgehammer in February this year alongside fellow co-founder Michael Condrey, with plan seemingly being to take on executive positions at Activision Blizzard. The duo previously worked at EA studio Visceral working on the Dead Space IP.

Speaking to GameSpot, it sounds like Schofield is keen to remain in development, telling the outlet: "I still have a couple good games in me."