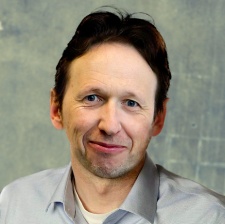 Paradox Interactive is opening its new US development studio with a notable new hire.

Former EA executive VP and ex-Linden Labs CEO Rod Humble is taking on the role of studio lead at Paradox’s new location in California, Paradox Tectonic. He’ll be leading the development of an unannounced game in a new IP for the grand strategy makers.

“Opening a studio in the California Bay Area puts us in the heart of one of the largest gaming and tech communities in the world,” said Paradox CEO Ebba Ljungerud, in a statement.

“Rod Humble and his team bring a wealth of experience and a studio leader who has led work on games that have shaped the industry several times over. We hope to have some earth-shaking news to share from the Tectonic team soon.”

Humble added: “Our aim with Paradox Tectonic is to create open, fun, beautiful games which respect the players’ intelligence and enables their creativity, freedom, emotion, and sharing.

“It’s a privilege to be reunited with so many world-class colleagues from so many triple-A projects, and the team and I are delighted to join Paradox and be part of driving the company’s next cycle of growth.”

Back home in Sweden, Paradox is preparing another new project under Stellaris director Martin Anward. The studio managed to reach record performance in Q4 2018, all without releasing a single new game.