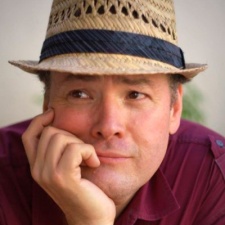 The industry vet revealed the news via an interview with VentureBeat, saying that he wished to make a return to games development. At the SpatialOS firm, Roper was primarily tasked with showing studios what they could do with the cloud tech.

“I have been working from more of a very hands-off perspective, playing a guiding role helping studios design technology,” Roper told VentureBeat.

“It’s been incredible and rewarding, but it is two steps removed from making something. I’m always happiest when I am actually designing. The moments of greatest joy recently are when I am actively advising studios. The opportunity to actually make a great game is something I have been missing and craving. This opportunity came up as Jason and I were catching up over the holidays.”

Roper's career started at Blizzard back in 1994 working as director of developer relations. He held this role for seven years before serving as vice president between 2001 and 2003. He then worked at Flagship and Cryptic Studios before joining Disney in 2011.

Initially, he was in charge of the Marvel franchise over at the House of Mouse's Consumer Products and Interactive Media division, rising to head up that arm's R&D. He left this role in December 2016, joining Improbable in July 2017.

We caught up with Roper at GDC 2018, saying that the fact Improbable can attract such an industry vet was a positive sign of what the cloud-tech firm is up to.

Likewise, his departure could also tell us something about what is going on at Improbable - or it's entirely possible that Roper wanted to get back to game development like he said.

Either way, Roper's departure comes off the back of a tumultuous start to 2019 for Improbable. Just two weeks into the year and the cloud-tech firm had picked a very public fight with engine firm Unity over its terms of service. This was a war of words that was pretty ugly and we're not sure anyone won, but the beef appears to have been squashed now.