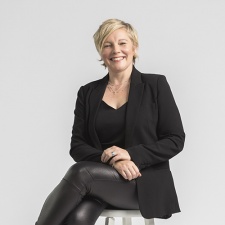 French publishing giant Ubisoft is setting up a new studio in city of Sherbrooke, Quebec.

This is the company's fourth development studio in the region and is being headed up by director Nathalie Jasmin (pictured). She has worked at Ubisoft since 2012 when she joined Ubisoft Montreal as a senior producer. Seven years later she was promoted to director of online services across both Quebec and Montreal. Prior to Ubisoft she spent a decade at Behaviour Interactive.

“After the successful development of the Ubisoft studio in Saguenay, inaugurated in 2018, and its positive impact on the region and on the city of Chicoutimi, we believe that this fourth video game studio in Sherbrooke will make a great impact and reinforce the predominant role of the Eastern Townships in the sector," Jasmin said.

"This technological pole in this region has become, over the years, a veritable hotbed of talent in many areas of high-tech expertise. By opening this studio, we will offer new options for our current employees, propose new opportunities for local talent, and actively support local initiatives and our communities."

Ubisoft CEO and co-founder Yves Guillemot added: “These announcements mark another milestone in Ubisoft’s development in Quebec, nearly 25 years after the Group’s first arrival in the province. Thanks to the government’s leadership, Quebec has asserted itself as a leader in the creation and production of video games on a global scale, at the forefront of the technological revolutions that are shaping the future of our industry. Of our 20,000 employees, nearly 5,000 work in Montreal, Quebec City, Piedmont and Saguenay today. With the Sherbrooke studio, Ubisoft is living up to its promise of being a significant economic engine and of continuing to invest in talent and the ecosystems that surround it."

Ubisoft is also launching three investment plans – Ubisoft Education, Ubisoft Entrepreneurs and La Forge – to support education and innovation in the region. This is worth $17 million in investment.