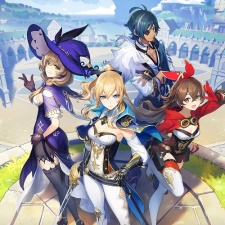 As announced by economic promotion outfit Montreal International, the firm is hoping to have a team of more than 100 staff within the next two years. This is the first studio that MiHoYo has established in North America and is going to be creating a brand new triple-A open-world action-adventure title with MiHoYo's other developers.

MiHoYo is best-known for free-to-play blockbuster Genshin Impact. That title launched in September 2020 and made $100 million within its first two weeks; the largest figure ever for a Chinese IP.

“This year marks miHoYo’s tenth anniversary. Since our inception, guided by the mission of Tech Otakus Save the World, we have invested continuously in animation rendering, artificial intelligence, and cross-platform development technology to bolster our research and development capabilities," MiHoYo co-founder Forrest Liu said.

"We are committed to publishing our games globally across console, PC and mobile platforms, owing to our thriving in-house distribution capabilities. We have gained a plethora of game development and operations experience as a result of Genshin Impact’s recent global release, which we can harness to create even higher-quality games to our players. Montréal is home to a thriving game development community and is well-known for its world-class universities. We deeply value the expertise and creativity that the local ecosystem provides and believe it will empower miHoYo to create games with their imagination.”

The Montreal region has seen a wave of new studios in recent months. Tencent's TiMi is opening an office in the region, as is Borderlands maker Gearbox.

Montreal International says that the region's games scene has grown by eight per cent within the last decade.