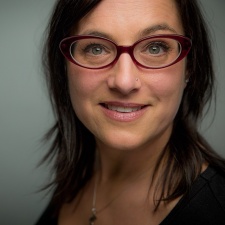 Eaves comes with a long history in the Vancouver industry, where Relic is based, having started at Radical Entertainment in the 90s. This was followed by an 11-year term at EA Canada as development director on games like SX 3, NHL Rock the Rink, and FIFA Street.

She returns to games development following a period at Project House Workplace Solutions, an HR consulting company that counted Relic and the now-closed Capcom Vancouver among its clients.

"Finding the right appointment for the COO position was critical for us in continuing on our journey to becoming a destination studio both by releasing great games and nurturing incredible talent," said Relic studio director Justin Dowdeswell.

"We needed someone who could impact the way we make games and the way we run the studio and Heidi, who has been at the studio working with the Talent Team for a few months, has already had a huge impact on the studio and our teams. She is exactly the right person to help us continue moving forward."

Relic has abandoned Dawn of War 3 due to poor sales