Relic has abandoned Dawn of War 3 due to poor sales 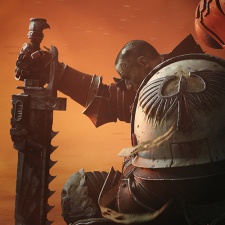 Warhammer 40,000 strategy game-slash-MOBA Dawn of War 3 is being left behind by developer Relic Entertainment as it moves onto new projects.

As reported by Eurogamer, the studio says that the project didn't meet the sales expectations it and publisher Sega had for the project following its April 2017 release.

This is likely, in part, due to the game attempting to incorporate elements from the MOBA genre, which only served to alienate Dawn of War's core RTS fanbase.

This decision to abandon the game means that there will be no future content.

"While Dawn of War 3 has a dedicated player base, it didn't hit the targets we were expecting at launch, and it hasn't performed the way we had hoped since," the developer said in a statement.

"It's been tough for us as professionals who want to make great games for our players, and for us as people who care a lot about what we do.

"When a game underperforms, plans need to change. With Dawn of War 3, we simply don't have the foundation we need to produce major content. We're working in close partnership with Sega and Games Workshop to determine the best course of action, while shifting focus to other projects within our portfolio."

As well as Dawn of War 3, Relic has been working on the latest new entry in the Age of Empire series.

Dawn of War 3 serves as an example for developers and publishers who are looking to 'innovate' their titles with elements from games that are popular at the time. There's no harm in attempting to introduce new elements, but only if they are in line with what the core fanbase wants from the project.

The MOBA gold rush saw many casualties - even EA couldn't compete with the likes of DOTA 2 and League of Legends. No doubt we will see this in the coming years as more companies attempt to incorporate the new hotness, battle royale, into their titles.