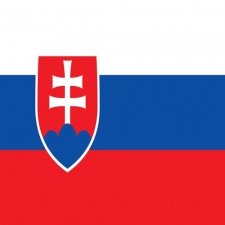 According to a new report by the Sovak Game Developers Association trade body, the annual turnover for games companies in Slovakia is expected to rise to €55 million ($60.4 million) in 2020.

The top company in 2019 through turnover was Pixel Federation, followed by Powerplay Studio at No.2. Bohemia Interactive achieved third place, last month the firm closed its Bratislava office. An interesting decision given more than half of the country's games firms has studios there. Blue Faces and Inlogic Software close out the top five at No.4 and No.5 respectively.

In Slovakia, the number of employees in the games industry has increased to 762 as of 2019 from 436 in 2016. Staff numbers are expected to increase to 900 this year. Furthermore, 125 current employees are female, 28 per cent of which work as a graphic artist.

The second most popular position for women is marketing, sales and PR at 21 per cent. They are followed by producer and games designer at eight per cent each. HR, finance and animator are the least popular at three per cent apiece. A further 40 staff members are international.

Based on employee headcount, Pixel Federation is yet again in the top spot. Superscale follows it in second place, Inlogic Software at No.3 and Powerplay Studio in fourth. Meanwhile, Bohemia Interactive closes out the top five.