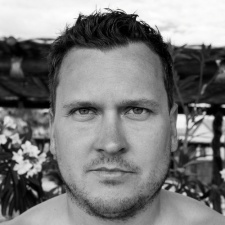 The head of Xbox Live Dan McCulloch has announced his departure from Microsoft.

The 15-year company vet revealed the news on Twitter, saying that he is "extremely excited" about what comes next in his career.

McCulloch joined Microsoft back in 2005 as program manager, overseeing the company's partnerships. Two years later he moved to be the lead producer for Forza Motorsport 4 and worked on Xbox's Kinect system. Following that he spent two years as senior producer, managing the first-party launch line-up for Kinect. From there he worked on the Kinect system for Xbox One, as well as the HoloLens AR tech. In October 2017 he was promoted to general manager for Xbox Live.

"After 15 years at Xbox, I announced today that I would be leaving," McCulloch wrote.

"I made so many friends, learned so much and truly had a blast! I'm extremely excited about the next opportunity in my career and I will be announcing that very soon, you all will be pumped. Thank you."