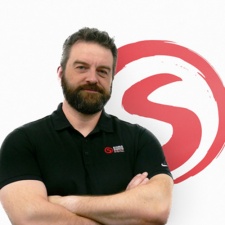 Telltale vet Richard Iggo joins having most recently worked at the recently-closed Telltale Games. He spent seven years at the narrative-centric company, mostly recently as senior director of marketing.

Prior to that he held marketing roles at SouthPeak Interactive, Devolver Digital precursor Gamecock Media Group and MMO specialist NCSoft.

“It’s been a milestone year for Sumo," said the studio's co-founder and MD Paul Porter, "Reaching our 15th anniversary and adding two new studios – and with plans to continue growing, we’re delighted to have Richard and his expertise on board.”

Iggo added: “I’m thrilled to return to the UK games industry and to Sheffield to help lead Sumo’s ambitious plans. I look forward to building on the foundations of the creativity, innovation and versatility that Sumo is known for throughout the industry.”

It's been a busy 12 months for Sumo. The studio went public in December 2017 and has since bought not only CCP's VR-centric Newcastle branch, but also Brighton's The Chinese Room of Dear Esther and Everyone's Gone to the Rapture fame.

Sumo has also hired a new studio director for that Brighton branch.