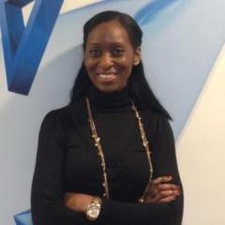 Buahin has been working in games for more than 16 years, holding trade marketing roles at the likes of Sony, Warner Bros Interactive Entertainment and Sony Computer Entertainment. On top of that she worked at Eidos and Novalogic.

"My next career move was always going to be my most important, so I am beyond thrilled to join Curve at this spectacular time in its evolution," she told GamesIndustry.biz.

"I'm determined to play a pivotal role in helping Curve grow into the world-leading global publisher it deserves to be."

Curve MD Jason Perkins added: "Rose is a heavyweight hire and a sign of our continued aspirations to evolve into a global player."

Buahin replaces Alex Moyet, who announced her departure from the company at the end of January.