"Stop talking and just do it!" Why you should start your own indie dev studio today 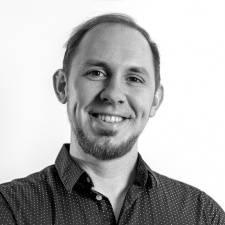 Kylan Coats is the COO and content producer at Crispy Creative. With more than 14 years working in the games industry, Coats has worked on both the developer and publisher side at AAA studios, as well as small indies. He’s spoken at Pocket Gamer Connects, SXSW, MIGS and White Nights, as well as been featured in Wired and Polygon.

Having worked on such titles as The Outer Worlds; Kena: Bridge of Spirits; and Suicide Squad: Kill the Justice League, Coats is now the creative director of indie studio, Crispy Creative. Their first title, A Long Journey To An Uncertain End is available to wishlist on Steam now.

We caught up with Coats after his most recent Pocket Gamer Connects experience - and ahead of the next event in Toronto - to find out how his AAA experience has informed the studio's first indie title, why sci fi is the truth and how COVID has made things better for games devs everywhere.

PC Games Insider: You're based in LA, the city of dreams. What's it like as a home to a creative games studio as opposed to say, Seattle or Austin? How would you survive an avocado shortage?

Kylan Coats: We actually have an avocado tree in our backyard, so let the avocado wars commence! Los Angeles and neighboring Orange County are home to many, many large AAA studios. On the one hand, that means a TON of experienced local talent. Networking is easier, as well as moving between the big names in the industry. On the other hand, the indie scene seems stronger in cities like Seattle or Portland. The big studios in LA and the OC can suck a lot of the oxygen out of the room.

Setting up your own studio is a big decision that carries a lot of risk. What gave you the motivation and what did you need to ensure was in place before you made that leap?

I’d wanted to run my own studio for a while. My husband was the one to finally kick me in the pants and say, 'Stop talking and just do it!' There are plenty of horror stories of working in games, so I won’t add my own. Suffice to say I wanted to make a place that was just better. That respected and valued not only players’ time, but also developers. We don’t crunch. We tell authentic and inclusive stories.

As an indie, you have to be a bit scrappy when you have limited resources. But it’s also freeing.

You've worked on some pretty big projects like Outer Worlds and Armored Warfare. How does developing your own indie title differ? What learnings could you transfer?

Experience with a proper game dev process has been incredibly helpful. Also understanding what resonates with players. As an indie, you have to be a bit more scrappy when you have limited resources. But it’s also freeing in a way. Experience on big titles makes it easier to understand the creative risks you’re taking on smaller ones.

How can indie games tackle topics that AAA games won’t touch? And what do the biggest AAA games companies need to learn from indies in 2022?

I’ve often said, “Indies pave the way for AAA to follow.” The bigger the project, the less creative risks are taken. Small, scrappy indies can - and often have to - take creative risks because that’s how they can stand out from the big titles.

Your first game as an independent studio - A Long Journey To An Uncertain End - has an amazing art style. Where did that come from? What were your inspirations for such a European animation look?

Moebius has been a huge inspiration, but I’ve also loved graphic novels since I was young. There’s a lot more experimentation in visual storytelling in graphic novels. That artstyle isn’t common in games, but the technology has advanced so that it’s more possible now than ever.

Personally, I’ve also been a longtime fan of European animation in movies like Triplets of Belleville or work out of the Gobelins school of animation. It’s distinct from the anime/Disney style that’s more popular. And that style stands out from a crowded space, which is what indies have to do!

A Long Journey gives us major Firefly/Cowboy Bebop vibes - in a good way! Was that a reference point for the project? What other TV shows, movies or books were influences?

Our two biggest inspirations are Firefly and The Fifth Element. Cowboy Bebop a close third. We’ve also looked a lot at sci-fi authors like Becky Chambers and her Wayfarer series. Her books have an authenticity to the characters and stories that seemed similar to Firefly too.

We’re looking at what a post-racial, post-sexist, post-gender, post-everything universe looks like.

Speeding tickets in space? So much for escapism! How do you feel that games and/or sci-fi can comment on present day politics without becoming 'political'?

I’d argue sci-fi has always been political. Star Trek, Battle Star Galactica, Firefly, etc all comment on real-world issues. That’s why they resonate with their audiences for so long. What I love about sci-fi is the ability to take those real-world topics and explore them in a safe space.

For Long Journey, we’re looking at what a post-racial, post-sexist, post-gender, post-everything universe looks like. Who is the other? In our universe, that’s sentient AI How better to let the player experience that 'otherness' than by making them a sentient spaceship on the run!

Out of a team of 10, there's just one programmer, but three people working on narrative. That might seem counter to most studios, so tell us a little about how important narrative is to A Long Journey and games in general?

Early on, I discovered how difficult narrative is to get right. At Obsidian, I saw how compelling good writing and good characters can be. Talking with our narrative lead, Ro Williams, we wanted to ensure that we told great stories with authentic characters. Our characters are diverse and their stories reflect our team.

What are the economics of working on your own indie passion project – is there a lot of investment around at the moment? How many games do you have to sell in order to guarantee you’ll be able to keep on doing this?

The business development side has been my biggest learning curve. I fully appreciate having a full-time biz dev person. There’s investment for all kinds of games out there. The difficult thing is finding the right partner at the right time for the right release window. Like any indie studio, if we break even on our first title, it’ll be a wild success. At this point, having gone through so many publisher talks, I have a much clearer picture of what our second title will be and how we’ll pitch it.

Crispy offers services to third parties including UI for websites and games. How important is that work to the studio's bottom line - and how does that help you create the games you're passionate about?

The contract work serves two purposes. One is purely financial. The more we can self-fund, the less we need from outside sources and the more creative control we maintain.

The second purpose is maintaining a view of what’s happening elsewhere in the industry. Collaborating with other studios helps us keep abreast of current topics and industry trends.

It also broadens our network of future collaborators.

Inclusivity is the future. It always has been.

The gaming community can be both brilliant and toxic in equal measure, but we see a growing interest in indie games and diverse/inclusive narratives. How do we help ensure this continues?

By recognising that inclusivity is the future. It always has been. We want as many players to play our games as possible. Adding options for inclusivity by its very nature doesn’t exclude people. Players that balk or raise a fuss about inclusivity are going to be toxic in other areas too. You don’t want them part of your community.

Covid's a bitch, right? But the global pandemic has seen a period of massive growth for the games industry where people both enjoyed more content at home and connected remotely. What positives will you take out of the recent/current situation?

The revelation of remote work has been thrilling to see. Our studio was fully remote, even before the pandemic. When things closed down, we were already prepared. I’ve been glad to see other studios recognise the value of remote work.

There seems to be a growing desire for less violent games as things have gotten hairier in the world, too. That’s exciting to me, as I find non-violent games more compelling.

You get one chance to go back in time and speak to past Kylan before he started down the road to indie developer. What do you tell him?

It’s going to be more difficult than you expected, but you’ll regret not doing it. You actually know more than you think so trust yourself. And of course, prioritise self-care!

With thanks to Coats for the interview, you can now wishlist Crispy's first game on Steam: A Long Journey To An Uncertain End.