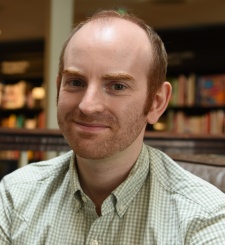 Today, we're speaking to Slug Disco Studios' Liam Comerford, who submitted Empires of the Undergrowth to The Digital Big Indie Pitch (PC+Console Edition) #9 sponsored by Kwalee, and walked away as the winner.

Liam Comerford: Slug Disco Studios was founded by 3 friends: Matt, John & myself (Liam); we met back in school and lived together at university. The company was set up to support our dream of producing a video game all about ants called “Empires of the Undergrowth”. Initial development was supported by a grant from Creative England, a crowdfunding campaign, and a couple of work-for-hire projects. It was released into Steam’s Early Access programme in December 2017.

Since then, the Slug Disco team has expanded to include a community manager, Mike, a marketing content creator, Dan, and most recently, an environment artist (also called Dan). We all work remotely. In fact, I have never met either of the Dans in person (hopefully we’ll be able to fix this with the return of physical events).

Tell us about Empires of the Undergrowth that you pitched at the competition.

Empires of the Undergrowth is a real-time ant colony management game. You will excavate your nest underground, constructing tunnels and chambers to store food and raise brood. As the colony expands, you’ll send your intrepid ants on trails to explore the treacherous overworld and gather resources. Along the way your soldiers will need to out mass rival colonies and overwhelm other fearsome (but succulent) invertebrates including fast hunting tiger beetles, burrowing mole crickets, hidden mantids and huge whip spiders to name a few.

What do you think are the most unique and interesting aspects of Empires of the Undergrowth that gamers may never have seen before.

The game tries to remain as close to nature as possible, with all of the ants and other creatures based upon real-world counterparts (apart from a single genetic experiment outlier for gameplay purposes). The events that occur in the game reflect the true everyday struggles of these tiny insects and should leave you with an added appreciation of the worlds that exist beneath your feet. The main story mode missions are narrated from the perspective of a documentary filmmaker studying the ants, who offers intelligent insight into the goings-on of the colony and the undergrowth beyond.

Empires of the Undergrowth is a deep tactical real-time strategy game. What made you choose this genre, and what do you think you bring to it that may not have been seen before?

We’re all long-time fans of the RTS genre, all having grown up playing Command & Conquer, Age of Empires & Starcraft. At the same time, we were aware that traditional RTS style games can have a higher skill barrier to entry, and in the indie space, we wanted to appeal to a broad range of players (especially as we’d already narrowed our target player base to “people who like ants”). To address this, we made several simplifications over traditional RTS control systems to make the game more accessible to more casual players or those who enjoy taking their time in city-building or management games. That’s not to say that the game isn’t difficult: if you play on ‘hard’ mode or higher, you’ll certainly have to pay attention.

How did you come to choose the platforms that you would develop Empires of the Undergrowth for?

We actually started off developing the game for mobile. We thought we’d identified a great opportunity to release a serious RTS optimised for touchscreen devices. We developed a prototype and ran a Kickstarter for it, which failed to meet its funding goal. Most of the feedback went something like “Why are you making a PC game for mobile, nobody wants it”. So, we quickly switched to PC and that seemed much better received.

I don’t think anyone finds it easy; I suppose the clue is in the question: we’re in an industry where the primary goal is to “survive”. For us, especially starting out, game discoverability was a particularly big problem. When you don’t have a budget to drive traffic to your project, and you’ve got to constantly come up with ways to grow your social media presence all while developing a game, it can be extremely draining.

Yes. Don’t listen to me. Be careful taking advice from other indies, especially the ones that are surviving off a single project! I can think of half a dozen times when getting lucky saved our studio.

If I was trying to be helpful though, I might say start by treating it as a hobby, make a small first game with a small scope, don’t expect it to make too much money (or anything at all). You’ll see this advice a lot, and it sounds very sensible, but if I’m honest, we did exactly the opposite. With no prior experience of producing a video game, we went head-first into our grand ant strategy vision, oozing with feature creep, without a development timeline or release plan. We were also great at convincing ourselves that it was going to be a huge hit. This led to years of development hell and a lot of disappointments, but in the end, it actually turned out quite well, and looking back, I wouldn’t change a thing.

For me, the best part was chatting with the other developers in between the pitches. There was a diverse range of projects, and it was refreshing to hear everyone presenting them enthusiastically, discussing indie guerrilla marketing tactics and industry experiences. The pitching process was fun too; the time limit really helped condense everything down to the important points and there was no space for awkward silence.

I learned that it’s possible to present a game, its genre, style, hooks, intended player base, history, future, distribution plans, explain why I’m presenting those things, what I’m looking for, and then have a short 3-way conversation about everything I just unloaded all in less than 5 minutes.

Some of the contacts I made during the pitching have already been helpful, and I hope the experience will help me to keep focused when I find myself pitching again in future without a stopwatch.

I think we’re all eager to put a line under “Early Access” and call Empires of the Undergrowth Complete. Technically, Slug Disco Studios has yet to complete the development of a single game, and it really feels like we need to get that achievement ticked off. However, since its inception, we’ve been working on Empires for more than 7 years and there’s still so much we want to do with it; I think it’s unlikely our relationship with invertebrates and strategy games will end suddenly with the 1.0 release.