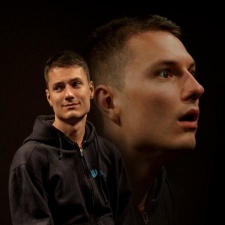 Today, we're speaking to Flamebait's Mattias Lindblad, who submitted Passpartout 2: The Lost Artist to The Digital Big Indie Pitch (PC+Console Edition) #8 and walked away as the winner.

Mattias Lindblad: Flamebait started out as 5 students 6 years ago making weird small games. We got into games because of how the magic of it inspired us when we were young. How animations can make something come to life, how a game can surprise you as you play, how music can make you feel and the code that ties it all together. Currently, we're only 6 people: Mattias the CEO and Game Director, Gustav Rosberg the Art Director and Artist, Niklas Bergwall the Animator and UX designer, Viktor Zryd the Producer and Audio Designer, Niklas Lindblad the CTO and Programmer and Tomoko Miya the Marketing Manager. With Flamebait we've joined forces for one simple cause: To inspire people to create.

Tell us about Passpartout 2: The Lost Artist that you pitched at the competition.

It's going to be amazing. I get this warm fuzzy feeling just thinking about what we're trying to build here - and I feel that's a really good sign. With the sequel we're focusing on giving the players more fun ways of creating and selling art, supporting them even better in telling their own artist story with a strong cast of both new and familiar faces. We're working hard on keeping it true to the original while adding improvements to spice up the experience. It's a hard tightrope to walk but I feel we're balancing it well so far. Hopefully, the players will agree.

What do you think are the most unique and interesting aspects of Passpartout 2: The Lost Artist that gamers may never have seen before.

Just as in the original drawing art and getting feedback from the critics is the unique essence. It's an absurd foundation for a game and we love it. With the sequel we want to get creative with what we can do with the concept, pushing both mechanical and aesthetic boundaries.

Passpartout 2: The Lost Artist is a game all about creating your own artistic masterpieces. It's also a return to your first ever game. So, what made you choose not only to create this kind of game but also to return to it?

The concept is inspired by a dream 6 years ago of running your own art gallery, sparked by a fight scene in an art gallery in the film Around the World in 80 Days. This led to naming the game Passpartout, an unintentionally misspelt version of the character Passepartout from that same film. We made a prototype of that concept that players really liked. The players have always been the foundation for our choices. Ultimately we're not making games for ourselves but for them.

After the hype of Passpartout: The Starving Artist we felt there was so much more we could do and definitely should do. But creative work is rarely that straightforward. We felt quite burnt out and uninspired to continue so we made a couple of different games until we felt inspiration and excitement flowing back to us. I think taking a break from Passpartout was great for us. We've evolved immensely as developers and are now able to put out something that feels so much better.

We have been very lucky in the sense that our first game was a hit and that we've been able to sustain ourselves on that ever since. Being in our position it of course feels a bit awkward to weigh in on the hardships of indie development. It's hard enough to survive financially and once you do you realize that you have to survive creatively as well. Finding the harmony between business and art is hard and more often than not they can seem like opposing forces begging for attention. Too much of either feels like death, either financially or creatively. It's when we find the harmony between the two, making art that people want, that we find ourselves in a sweet spot.

Make something special and find your players. If you're looking to find the harmony between business and art I feel one of the best paths is to figure out a way to build something special as fast as possible and throw it out there to see if you can find players who dig it. If it doesn't stick you can try to throw it out there one more time but usually, it means something is lacking in the game. Fix it fast or try something different until you find the players. Only when you've found them do I think you should build the full thing.

I enjoyed it a lot. It was incredibly well organized, especially for a digital event. It was a great chance to meet other awesome developers.

The best part about any pitch is that each time you pitch your game you get to know it better. You can gauge the reactions to see what works, tweak as you go and learn. Sometimes you'll find that what you thought was really cool with the game isn't what's actually cool with the game. Being open to that allows you to switch your focus to put all your effort towards the things that matter. What's great with the Big Indie Pitch is that you get to pitch rapidly and get feedback from the judges afterwards of what they think, which is something that can be hard to get in a more regular setting. I want to keep learning what people find exciting with our game so we can focus more on that.

All focus right now is on Passpartout 2. We want to make our players happy. We want to inspire them to create. If we achieve that we'll be happy.