The Big Indie interviews: Kuura Playhouse tell us all about their no holds barred Hockey title Puck Off 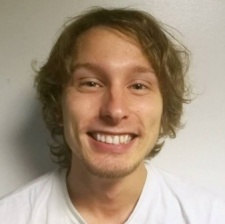 Today, we're speaking to Kuura Playhouse's Marko Haaja, who submitted Puck Off to The Big Indie Pitch (PC+Console Edition) at Pocket Gamer Connects Digital #6 and walked away with the prize for third place.

Marko Haaja: Kuura Playhouse is a four-year-old Indie company from nature-rich Finland. Right now our team consists of four people making the game itself and a handful of others who have been helping us along the way:

Jesse: UI-guy who doesn’t leave stones unturned. Without Jesse, our ”healer” after long nights in conventions. Makes sure, everyone returns to the hotel.

Joonas: Programming wizard. Has turned himself into an athlete after his graduation. He was Kuura’s first intern, and now he’s the Lead Programmer.

Marko: ”Can we have some money to make a game” – that’s what you mainly hear from me. I'm a fan of Montreal Canadians and in Puck Off, I also work as a producer.

In addition, we have our pitcher and community builder Graeme: Our Braveheart from the heart of Scotland! And most of all, a hockey fanatic!

Our common inspiration is to make a game that people truly enjoy playing both alone and with friends.

Tell us about Puck Off that you pitched at the competition.

Puck Off is a fast-paced, hard-hitting, slap-shotting pond hockey game with up to four-player local co-operative play. It combines hockey and fighting in a way never seen before. There are no rules to slow you down! If you lack the skills to score more than your opponent, no problem. Just kick their ass!

What do you think are the most unique and interesting aspects of Puck Off that gamers may never have seen before.

Pond hockey is(at least here in Finland) a lifestyle. Growing up outside and playing with your friends in the frozen lake or playground. That brings you way back. Even though Puck Off is mostly about emphasising the fighting that’s happening in hockey, we also try to make a point about the ever-shortening winters.

I think our uniqueness is mostly about combining super-fun things and big, global issues.

Puck Off is a sports title that has all the credentials to appeal to a wide base of gamers, both sports fans, and those who aren't. What made you choose to create a sports game with a twist, and what do you think you bring to it that may not have been seen before?

Truth is, that I really love hockey and wanted to make a hockey game I’d enjoy playing. A game that I, as a kid who dreamed about a hockey career, would love to play. Over and over again.

How did you come to choose the platforms that you would develop Puck Off for?

We first were a mobile game studio. But our entire team think of themselves as PC/console gamers. We feel like we are happiest in developing for those platforms, which we enjoy the most.

Finland is a great place to start a company. Even this project started out with a government grant. Nevertheless, our company has done a lot of work-for-hire, we also rent our own conference place that has a sauna/pool included so we can have a physical place to create and do our thing.

Don’t rely on ”making it” with your first game. Look for additional incomes and apply for any grant possible.

Our pitch was quite ”efficient” in the sense that there was no time for questions. It still was a relaxed environment so there’s no need to stress that pitch.

The experience and feedback were great! It was great to hear that judges agreed that our idea was as amazing as we thought. This has given us a lot of confidence in our daily work.

We have more plans than we have time. However, right now the focus is only on Puck Off. I think Puck Off will change our game portfolio towards similar types of games. PC/console is our thing now for good. Though we are still looking for that one publisher with shiny armour that will lead us to glory!