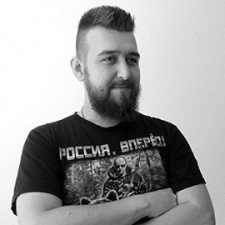 Today, we're speaking to Lukyantsev Company's Vladislav Lukyantsev, who submitted Wild Planet to The Digital Big Indie Pitch (PC+Console Edition) #6 and walked away with the prize for third place.

Vladislav Lukyantsev: With the start of the outbreak, a lot of commissions that we had lined up were cancelled or postponed, so we just had a lot of free time. We first gathered on discord to get our mind off things, we discussed games that we enjoyed and that we could play at the time and after a long time of searching, we just decided to make our own little game jam.

We started it as a fun experience to enlighten our days and get more things into our portfolio, and while we were working on it we decided to try to promote the game on different social media platforms which created a lot of interest. So together we decided to keep working on it and now the project has increased in quality considerably in many aspects.

We followed this by applying for state mentoring, and are building our community more and more each day. That way we had all the facets of the project in good hands. We really work in synergy together on the project. Before this project, we both studied 2D/3D animation and video games in Lausanne, Switzerland, and this is how we met. We worked on short films and features films. In studios or state projects.

Tell us about Wild Planet that you pitched at the competition.

Wild Planet is all about exploring and surviving on an alien planet with your friends by building, crafting, hunting. Being a part of the community is important too, as players join the effort together to discover the secrets and leave their mark in the world to stand the test of time. All while the environment changes around you.

As artists, we always look at games and visuals from a narrative standpoint. We want to breathe life into the ruins of an ancient society and unknown alien worlds. The challenge is not to caricature the world but instead to capture the wonders.

We created this game during the covid-19 outbreak because we wanted to escape ourselves and stay busy. We decided to depict a colourful and relaxing universe where everybody could just unwind during this weird period and time in the world.

We are looking to present the story in a nonlinear setting, allowing the player to set the pace, focus on details and fill the gaps with his imagination and go back and look again, at things that he thinks he missed to uncover everything we wanted to tell.

Our artistic vision pushed us toward Low-poly and to us, it is an amazing way to create clarity through simplicity. For us, the low-poly style can be seen as the gaming equivalent to minimalism, and as huge fans of science fiction, we wanted to focus on the fiction and merge the usually complicated universes of sci-fi with the low poly minimalism to give another perspective to the sci-fi genre.

We want to give players the freedom to draw their way through the environment in any way they wish. If we do it right, we can create in-game narratives using the strengths of the medium without reliance on cut-scenes, dialogue, special effects, and user interfaces.

What do you think are the most unique and interesting aspects of Wild Planet that gamers may never have seen before.

Well, we are trying to bring a more “chill”/”less intense” experience to the survival genre and we mix it with what we call “community by proxy”. So basically, you can play up to 4 players through co-op, but the community and other players have an impact on your game world.

The game is set in an ever-changing world shaped by players' actions, Structures built by players are synchronized in the cloud and will spawn randomly in other players' games. The timestamp is synchronized with the database and universal monument and events are showing up to everyone at the same time. The planet follows cycles of destruction every 3 months (wipe). Starting from day 1 until day 90 the world will decay and change shapes from day-to-day. Each wipe brings new dungeons, environmental changes (a lake might become a desert).

Wild Planet is an exploration and survival game that can be played solo or co-op as a team. What made you choose to make this type of game, and what do you think you bring that may not have been seen before?

Well, playing with friends is always more fun, especially in those times where we lack the social aspect of life. We allow for any kind of players to join and discover the game whether it be solo or with friends.

Concerning what we bring that might not have been seen before, I would refer to the previous question with our “community by proxy” where other players influence your game. For example, you could have a giant bridge that links you to a new island, and in order to build it you need to bring 1 million pieces of wood and stone, luckily every player can donate. The progress is synchronized, and once the bridge is built it’s built for everybody.

How did you come to choose the platforms that you would develop Wild Planet for?

After a few experiences with mobile, it definitely wasn’t for us and we are avid PC gamers so it felt natural to develop for this platform. Concerning consoles, it is something we have on our mind but it all depends on the future.

Well, it’s hard for sure! For the first months of the project, we worked with no income and relied solely on the help of our family's alongside personal money. We have licenses, software, hardware costs every month, and it needed to be covered regardless of income.

After a while, at the end of December 2020, we managed to get a grant and some additional funds which allowed us to move in the same spot together to have some kind of “office” where we can work on our game.
This of course helped us financially, but we are still below the minimum amount of money monthly in Switzerland. It’s a high-cost country for sure.

Still, we have passion and we are working hard to find additional funding, grants and publishers, and to be able to hire the people we need and live a bit better. As everybody knows, as an indie you have to manage everything and it will cause a lot of stress and a lot of overtime in general.

Well, this is a hard question because there are so many tips and so much advice to share, and it all depends on the developer and what they want to achieve. I would say the most important thing is to really think about what you want to achieve and then plan and research it. Do market research, do some audience pre-validation, think it all through. Don’t forget the business and marketing side of your work either, it’s really important. You are not just making games, you are running a business.

It was pretty similar to our usual pitching with people but it was a bit more intense since we didn’t really have time for breaks in between each session. It was a great way to practice and polish our pitch

Well, I think mostly the experience I gained from the Big Indie Pitch was as said before, being able to practice and polish our pitch. It was also great to meet different experts and receive their feedback.

Our hopes now are mainly to fully fund our project and get into production at full speed. Of course, I hope that the project will be as successful as planned. We will work hard, as usual, to make it happen.

We don’t have a defined plan we can share for the next projects but we are clearly writing down ideas and discussing possible cool future opportunities and projects.