Why French games firm Big Ben has rebranded as Nacon 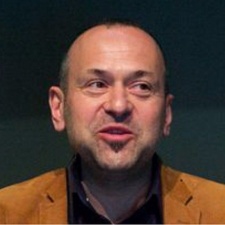 French company Big Ben has been around since 1981 and has worked in many different industries. It started out selling watches and clocks – hence its name – but since has been active in the mobile peripheral landscape as well as the video games market. It's had a great deal of success and recently even started to ramp up its acquisition strategy with a number of studio purchases.

Today, the company has announced that it is bringing its games business under the Nacon brand, a subsidiary of Big Ben. What's more, this new games-focused firm is heading to the Euronext stock market in Paris with a forthcoming IPO. We caught up with head of publishing Benoît Clerc to find out more.

So, why rebrand to Nacon? It's arguably not as well a known name as Big Ben...

The board decided that it was time to have more synergy between our software and peripheral businesses to create a new entity called Nacom. That's a brand we created five or six years ago to promote a premium range of accessories. We wanted to use this brand because one of the messages we want to convey with the creation of this entity is that we want to be a very premium player in this area for the years to come.

In the past, you have said that Big Ben wanted to be a big player in the mid-tier of games publishing. Is this still the case, given the rebrand and plan to IPO?

This is still the case. We know we are not a major – we are not Electronic Arts, Ubisoft or Take-Two. We know our place in the market. We are very happy to be a mid-level actor. We do actually think that there's a lot of room for improvement and growth into these categories of products with the way we are seeing our positioning, both as a publisher and a peripheral manufacturer. On both sides of things, there are many niches, large and small, where there are passionate gamers that have a high level of expertise for some very specific genres or game mechanics or themes. The big companies are not specifically addressing those demands. When you are an EA or an Activision, you produce blockbusters mostly for a wide audience. That's fine and they are producing fantastic games, but they cannot address games that are specifically crafted to please one or two million people. The games they are making are meant for tens of millions of people.

We are in a position where, with our accessories, with our games, we want to please and seduce players that are passionate about, for example, off-road racing and that only. Among the racing audience, there are some extremely skilled players. They've been playing those games so much, they are so passionate, they are now experts of the genre and in order to get the level of fun that they want when they are playing, they need to be challenged at a proper level and this level is higher than the other ones.

You're talking there about reaching audiences of one or two million people. Is it fair to assume that your budgets are going to be a bit more reasonable as well?

This is the case for every mid-tier publishing company. We don't have to spend hundreds of millions to recoup our investment when we are talking to an audience that is satisfied with the level of gameplay experience that we are delivering with our budget. It's all about the experience that you give to your customers, which is how you get your value back. When I am talking to rugby fans, I cannot spend the same amount of money as when I am talking to football fans. That's the way it is. But I am able, by delivering rugby game after rugby game, to ship an experience that is specifically dedicated to reproducing the rugby experience. Maybe the graphical engine will not be state of the art because I'm not EA and I'm not spending $50m. Maybe I won't have all the modes and sub-modes that you have in FIFA, but I'm proud to say I'm delivering a rugby simulation that is better than the previous one each time and is made by rugby fans to please the rugby audience. A good example of that is WRC. FIFA last year had a 79 Metacritic score; WRC 8 was 80 on PC. You may imagine the budgets are very different, but we are delivering a game that is perfectly crafted to please this very demanding audience.

Have you taken away any lessons from the older generation of mid-tier publishers – companies like THQ and Midway, both of which imploded in rather spectacular fashion?

The level of investment is indeed an element but talking about that period and those players that are no longer part of the industry, the mistake they made was fighting in the same field as the big companies with tiny weapons. I cannot fight against an EA by producing a football game. That would be stupid. I will not fight against Ubisoft by producing an action-adventure game with nothing different and far less in the way of content and features than Assassin's Creed. That would be stupid. My positioning as a publisher, once again, is to address the spot in the entertainment business where we can be active and the bigger companies are not present. Then we can say something that is very relevant to those people and are not fighting against the major firms. We a motorsport specialist but I'm not doing Asphalt just yet. We're doing off-road because we are speaking to a major audience with expectations which are very particular. On the sports side of things, I'm speaking to the rugby fans, to the volleyball fans, to the tennis fans. It takes time to produce good games for all those simulations and we will take the time to produce. We did that with WRC, we will do that also with other simulations. We also want to be active in the action-adventure part of the series, which is a competitive area. We are facing the bigger names there. We're asking ourselves what we are proposing that is different from the big names. Is there a theme they're not addressing? Are there some game mechanics that they're not pushing because it would be too hardcore and they want to to talk to a wider audience, but we're happy to seduce this very hardcore audience. Is there an IP that we could bring that is loved by a bunch of people? What is the side step in order to not be in a frontal position against the big ones?

Big Ben has made a number of studio acquisitions in recent years, including Cyanide, Kylotonn and Eko Software. Do you still have plans to purchase more developers and IP?

We want to acquire studios that bring expertise in one field where we feel there is potential for the future to the company. So far we have the four main pillars; motorsports, sports simulation, action-adventure and simulation. We do fishing, hunting, we released a bee simulation game this year which took the market for surprise. We have other projects in that field. Will the studio we are buying bring to us a passion or expertise, and even in those categories, a theme or sub-genre that we could be strong?

Are there any areas you perhaps want so strengthen in particular?

I would say that maybe the simulator and action-adventure sides of things. We think we have new things to say in action-adventure and RPGs, different proposals to make in those genres. They are now very hardcore in some kind of game mechanics that we may propose to them. We may do that. And with simulation we may do that. All of our four pillars will be strengthened by our future acquisitions. You're not deciding you're acquiring, you are spotting interesting possibilities and then you are talking to people. Sometimes the business and the human side fits and that's okay; sometimes it doesn't. Sometimes they don't even want to be bought, it's as simple as that.

I know there isn't much you can say about the IPO, such as how much you want to raise and so on because of market regulations. But broadly speaking, what will going public allow Nacom to do?

The money we'll be raising will be used to produce more and better peripherals, as well as invest in more and better quality games. I mentioned the action-adventure genre for instance. The genre by itself is very cash demanding and we want to acquire more talented developers, experts, as I said in some genres where we want to be active.