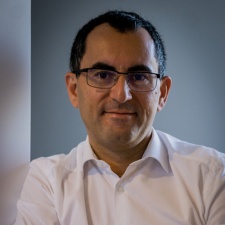 As reported by VentureBeat, this new Paris-based development house is called Tactical Adventures and will be focused on making RPG titles. Girard departed Amplitude in January 2018 having founded it with Romain de Waubert de Genlis in 2011.

"I mean, I’ve done — I’ve released many games in my career, both at publishers and also at Amplitude. That’s been thrilling, but my — not shallow but teenage and young-adult dream was making an RPG. I’ve been a big fan of pen-and-paper RPGs, and I was looking for a way to do it right. Making a new studio seemed like a good way to do that. Even though I had a blast at Amplitude with my partner Romain — working with Sega was great as well — I needed to do my own thing, to make the game I wanted."

Amplitude was acquired by Sega back in 2016, joining the Japanese firm's European branch and its impressive portfolio of PC-centric developers including Creative Assembly, Sports Interactive and Relic.

Why French games firm Big Ben has rebranded as Nacon