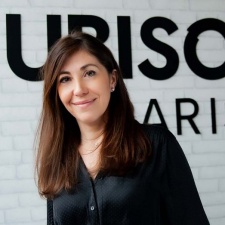 de Waubert has worked at Ubisoft for 20 years now, having started in 2000 as an event manager before being promoted to EMEA HQ HR manager in 2003. She held that role for three years, before taking on the job of EMEA HR manager in 2009. In 2012, she was promoted to HR and communications director for Ubisoft's French studios ahead of her rise to VP of corporate affairs in 2017.

“The Ubisoft Paris studio has been a pillar of Ubisoft for the last 27 years, developing many of Ubisoft’s most well-known games and flagship technologies," de Waubert said.

"I am extremely proud to lead this talented group of people as we look ahead towards new opportunities and projects."

Ubisoft Paris was set up 27 years ago and today employs 700 members of staff. The studio is best known for its work on a number of early Rayman titles, including the Raving Rabbids spin-off. Most recently it worked on Ghost Recon Breakpoint.