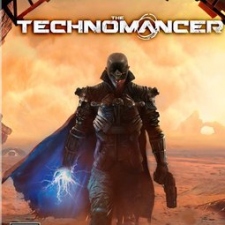 Based in France, Spiders focuses primarily on RPGs. Its work includes Bound by Flame, The Technomancer and its new title GreedFall, a 17th-century fantasy RPG due for release in September.

The acquisition will not affect its new title, which will still be published by Focus Home Interactive.

The deal for Spiders brings Bigben Interactive’s growing list of development sites to seven, six of which are in France, while the seventh is in Canada. Across all locations, the company employs nearly 300 developers, supported by over 40 publishers.

Other deals made in the past year include the purchases of Styx: Shards of Darkness developer Cyanide and How to Survive developer Eko Software.

"This acquisition fits perfectly with Bigben's strategy to increase its know-how in the development of video games in the double-A strategic segment," said Bigben CEO Alain Falc.

"We are delighted to welcome the talents of Spiders who will strengthen our development unit and participate in new and even more ambitious projects."

"Becoming part of the Bigben Group is a unique opportunity to accelerate our development alongside other quality studios, by integrating an environment conducive to the creation of ever more qualitative games."