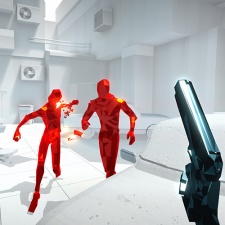 Update:Superhot Team has confirmed to PCGamesInsider.biz that the 800,000 unit figure referenced in Mixed.de's story is in fact just sales for the virtual reality version.

The company has declined to comment on the indie title's sales across all platforms.

That's according to studio head Tomasz Kaczmarczyk, who told German site Mixed.de - via Google Translate - that the virtual reality version of the game surpassed sales the PC version in just a few weeks.

It's unclear from the original source whether that 800,000 figure is in reference to the total number of units sold across the 'regular' Superhot and its VR edition, or simple the virtual reality version. We've reached out to the developers to clarify.

Superhot launched in 2016 having started as a game jam project three years prior, part of the Seven Day FPS Challenge.

The title was a participant in Microsoft's [email protected] scheme, resulting in the game getting a huge amount of press attention.

Check out the below trailer for Superhot, too. It's very good.