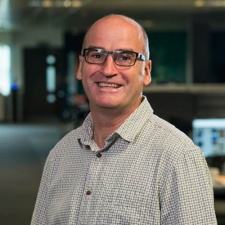 It's been a busy few months for Jagex following the RuneScape maker announcing its brand new Partners publishing label. Within just weeks of that news story, the firm was heading out to Cologne to seek out the next big thing at Gamescom - and now the Cambridge-based Chinese-owned publisher is jetting off to Korea for G-STAR for much the same end.

What's the reception been like for Jagex Partners since its August announcement?

In the few months since we unveiled Jagex Partners at Gamescom, we’ve been delighted with the response we’ve had from developers looking for a publishing partner, and it’s fair to say we’ve been inundated with requests. We’re encouraged by the feedback so far: there’s an appreciation of our goal of providing a home for great live games that have the potential to become living games – games with evergreen design, deep community engagement and long-term commercial opportunities.

I presume you are speaking to a number of high-profile developers at this point in time, especially since the reveal. When do you think we'll start to see more of what you are working on?

We’re continually amazed by the great quality coming out of independent developers around the world. We’re committed to looking at projects from studios of all sizes – in the end, it’s the quality and the opportunity we’re excited about. What’s become clear is that there’s a huge variety in the games that we like, and every single developer is different in terms of the services they want and the assistance they need. At this stage, we’re committed to listening with an open mind to every developer that approaches us. We can’t talk about anything specific just yet, but we’re confident we will be able to do that in the near future.

Why are you heading to G-STAR this year?

Just as Gamescom was our unveiling in the West, we’ve been looking for the right opportunity to raise our visibility in the East – G-STAR is the ideal place to do that.

Given that the MMO genre is wildly popular in South Korea - both with developers and consumers - is it fair to say that this is a fishing trip for Jagex Partners?

Without a doubt, MMOs have a huge audience in South Korea, and in other Far Eastern markets. Of course, they tend to be tailored for these markets in the same way that some huge Western MMOs haven’t broken into the East. What Jagex Partners can demonstrate – through its rich history of successfully running an MMO franchise for more than 17 years – is a great understanding what’s required to make a live game a living game. This is also coupled with fantastic experience developed within the company and brought in from elsewhere in the industry, including members of the team who have successfully taken titles from the East to the West. G-STAR is a great chance to meet with a critical mass of Korean and other Eastern developers who may have successful games in their own market and are looking for a Western publishing partner, or who have a game in development and are looking for support at an earlier stage.

As a result of the above, do you feel that Korea could be a top market for the kind of games that Jagex Partners has said it is looking to publish?

We’re confident that the proposition we’ve built at Jagex Partners could work both ways – as an avenue for Eastern games to come to the West, and for Western games to achieve success in the East.

What's the ambition for your time at G-STAR?

Our meeting schedule is crammed but we will always make the time for a developer who’s at G-STAR that wants to show us what they’re working on. We love to see drive and passion from studios, and we love to hear and talk about great games. Our ambition is to become the go-to destination for independent developers – no matter where they are in the world – who have a game that has the potential to be a living game and want to work with a like-minded partner who understands and shares their vision.

What sort of games are you looking for? Has this changed at all since the announcement?

Our focus hasn’t changed. We’re looking for games on all platforms designed around long-term content plans and that are built to engage and build communities of players both inside and outside of the game. We’re looking for rich, multiplayer online experiences with that little bit of magic.