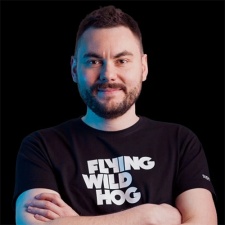 The Cambridge-based studio has snapped up the next title from Poland's Flying Wild Hog, the developer best-known for the Shadow Warrior series. There's no word on what the project will be, save for that it is a "living game" – presumably a games-as-a-service title – that's being built on Epic's Unreal Engine 4. It's set for a 2021 launch, following open and closed beta phases.

The title will also be using Jagex's new publishing platform.

"What’s been clear since the very first conversation we had with Jagex Partners is that they completely understand independent development, the resources and best practice in building and maintaining a live game service, and crucially how to delight and engage players.”

Jagex CEO Phil Mansell added: “When we set out to build Jagex into the home of a portfolio of living games – experiences like the RuneScape franchise which have the ability to last for 20 years or more – we were absolutely confident that we would be able to find games of huge potential. In Flying Wild Hog, we’ve found a partner that fully appreciates the importance of evergreen and evolving design, meaningful social interaction, player empowerment, and long-term commercial opportunity. It’s a team with a rare combination of passion, vision, focus and skill. Together with Jagex, this is a potent combination and we’re really excited to get our teeth into this partnership and to work as one international team.”

Jagex Partners was announced back in August 2018. It's the second time that the RuneScape maker has tried to launch a publishing division. In 2010, former CEO Mark Gerhard launched a publishing arm, but Jagex only ended up signing a few games and had limited success.

Jagex is best known for the long-running RuneScape and its retro counterpart, Old School RuneScape. The MMOs hit an all-time high for paid membership in 2019, according to the developer, and as of 2018 has brought in more than $1bn in revenue since its 2001 launch.

Disclosure: Alex Calvin is a freelance journalist and writer who also does work with Jagex.