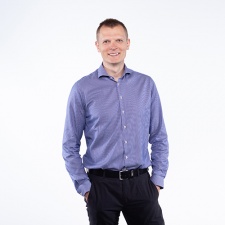 For a time, games key marketplace G2A was the most hated company in the industry.

Developers and publishers felt that the Eastern European firm was a scourge on the sector; there were complaints of legitimate keys being bought with stolen credit cards that meant creators were often losing keys and revenue in one fell swoop. These firms felt they were losing out to a secondary marketplace and not seeing any financial benefit. There were even accusations that the platform was being used for money laundering.

In the middle of all this, the company launched a charm offensive trying to stem the negative narrative that it was caught up in, including G2A Direct (more on that later). The platform said it had bolstered its user verification process in order to ensure that sellers were legitimate. This certainly went some way to curb the tide of anger, but it wasn't quite enough.

So in April 2017, G2A sent marketing man Mario Mirek to Croatia's Reboot Develop to essentially be a sacrificial lamb to an audience of angry game developers. After what was both an entertaining and - at times - incredibly uncomfortable session, the vitriol surrounding the company has more or less disappeared. In retrospect, getting the venom out so publicly was a shrewd PR move, whether that was the intention or not.

Ahead of my interview with the company at Gamescom, I asked on Twitter what the feeling towards G2A was from the development community and received next to no response. While this might be down to my limited reach, it's potentially a sign that there are no extreme feelings to the platform either way.

In retrospect, it's possible we were too hard on G2A. Yes, there were legitimate frustrations with the way it operated. The company didn't appear to be taking core concerns like security too seriously, nor was it really doing the sort of due diligence it probably should have been doing around where the keys were coming from or who was selling them. But the core business model of the platform seems sound.

Any industry is going to have a secondary marketplace - and creators aren't necessarily entitled a slice of that pie. EA didn't get a portion of the proceeds when I sold my copy of Titanfall 2 on PS4 to CEX (I have it on PC now, don't worry!).

We as a marketplace want to have all the keys to be acquired in an ethical way. If a developer is part of G2A Direct, they can check the database, they can block certain keys

And yet this is what G2A is giving its development via G2A Direct. This sees developers receiving ten per cent of revenue from sales of their games from third-party sales, in addition to getting priority listings for their own sales.

PR boss Maciej Kuc argues that this is a good deal for the studios who participate.

"We are just doing our job to the best we can," he explains.

"The most important thing for us is our user base. We just want to be looking to organising some PR activities. Persuading them to come to G2A, they know the games they buy from us are working, they are cheaper and everything is fine. There may be some questions about our model, but it hasn't changed since we introduced G2A Direct. There are a few perks to being in that programme. You can sell your games on your marketplace and you have a 10.8 per cent fee that you need to give for each game sold to us. You don't pay anything upfront - you aren't paying for the listing and so on. You can just set the price and sell. You also can get ten per cent of revenue from third-party sales. This is something that no-one in the world is doing. We are the only marketplace that provides something like that for developers.

"We are actually giving them the opportunity to earn twice for the same time - each game that's on the marketplace comes from developers. They are the only people who can generate these keys. Nobody else can. They sold it once and they can earn revenue from the keys being sold again."

Before, however, G2A was being used for more nefarious purposes by scammers looking to make a quick buck. On this side of things, the problems the company faced a few years ago were more symptoms of other problems facing the digital retail market. And Kuc says there are systems in place so that developers can check where keys are coming from.

"I know about some problems developers have. For example, some don't have a problem with G2A, they have an issue with the entire industry in that they keep giving away their keys. Someone approaches them claiming to be a huge YouTuber and demanding 1,000 keys and they just willingly give it," Kuc says.

"We as a marketplace want to have all the keys to be acquired in an ethical way. If a developer is part of G2A Direct, they can check the database, they can block certain keys. We don't allow them to block, for example, keys that were given away for a competition because if someone won a key, that person has the full right to resell it. But the biggest problem is reviews. Someone is claiming they are going to write a review, so a key should be given to someone and no-one else. If a developer has 30 or 40 keys for review purposes only and is in Direct, they can easily make it so those keys cannot be resold on the marketplace. We are willing to talk to developers. We have 250 in the programme. And whoever comes to us, we're open to a discussion and we want to be good for them. It's up to them whether they want to work with us. We are not asking them for anything. It's completely free, it's a bulletproof thing. If anyone can tell us about a better programme for developers, please do."

People were accusing us of something that we have never done before. Whenever any developer wants to talk to us or share feedback, we want to know what we can do to make our offering better

Moving forwards, Kuc says that G2A wants to maintain an open dialogue with the games community - even though that can sometimes be an impassioned and painful conversation.

"We are really open. We want to have these discussions. That's why we sent Mario to Reboot," he says.

"But the facts remain the same. People were accusing us of something that we have never done before. Whenever any developer wants to talk to us or share feedback, we want to know what we can do to make our offering better. Remember, we are part of a very big industry. As long as we can agree that a free market is a good thing, then let's take our talks further. If someone just says we need to delete our marketplace from the world then we won't sit down to discuss things with you because we are for the free market and are a very important part of it - and we're not the only place we can resell keys on. We are the biggest, and that's why we feel that big things are expected from us. That's why we launched G2A Direct, which is the best solution for them. If they don't want to talk, what else can we do?"

Looking to the future, the next frontier for G2A isn't a digital one. In fact, the company is making its first steps into physical retail.

"So we're no longer just selling digital stuff, but also stuff for geeks and gamers - anything that's related to games. We have over 1,000 products in the electronics category. We are active in seven or eight countries in Europe right now because it's a totally new thing for us. We want to keep as safe as possible so people can be guaranteed that when they buy, they'll get the product they want. This is what makes us unique in this field - we sell only new items so you nothing refurbished, nothing used.

"We also are only inviting professional sellers. Just anyone can't sell on this platform - we have a rigorous security process to make sure we know exactly who they are, what they already sell to assure our users they will be satisfied with their purchases."