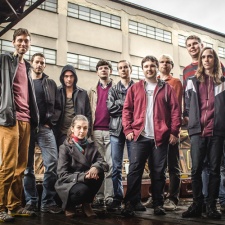 In a blog post, the studio said that it saw over 300 Steam keys purchased with stolen credit cards at launch, with each instance resulting in a chargeback fee of $20. As a result, Wube says it lost $6,600.

Following this, the Factorio dev reached out to G2A, saying that the firm isn't "exactly prompt" in getting back on the subject. So far, the company is looking into the aforementioned keys and hasn't come back to Wube since.

The studio has said it would rather its users buy from Wube directly or one of its partners as opposed to a grey market seller. The developer says this isn't purely for selfish reasons, either, as well as it would rather consumers pirate than buy from G2A, echoing No More Robots' Mike Rose and other indie developers.

"If you buy from a grey-market site and have a problem with the game, or something goes wrong, you will have to deal with their support system," Wube wrote.

"I don't have the exact details of how to request a refund or customer support from G2A, or how long they will take to respond to your issue.

"If you buy from us directly, we offer a 28-day refund policy. If you have a problem with the game, you decide it's not your cup of tea, you thought the biters were too cute, just send us an email and you will have a refund in short order. We also deal only with Factorio related support problems, we don't process orders of thousands of different games, so you can be sure your case will be handled expediently by team members who know the game in and out."