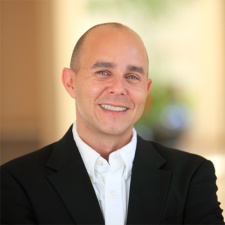 Being a company that specialises in online titles, it shouldn't come as much of a surprise that Defiance, Trove and Rift maker Trion Worlds has seen a great deal of success in Asia.

This is one of the most popular game types in this part of the world, with Trion previously launching Trove in China. In the last twelve months, the company has launched this title in Japan, too, with things going quite well according to CEO Scott Hartsman.

"Japan has done fantastically well for us," he says.

"We in the West tend to think of Asian countries as Asia but every country in both South East Asia and further North have their own unique flavour and tastes. In Japan, you need to look no further than Final Fantasy XIV as an example of what that country likes. They're very much into co-op and PvE, not as much into PvP. Trove is a natural fit for a very co-op friendly region like that. We're working with DMM Games in that region and that's one of the reasons they were very excited to work on it as the game is so co-op-focused.

"But in China, they tend to be more into competitive games, which is why we added Bomber Royale as we wanted to put a more fun version of PvP into Trove both for the Western audience and for the China audience, as its a feature both markets like a lot. We're not expecting that to be such a big thing in Japan. If nothing else, it gives an illumination of the sort of stuff we need to think about. We can do a big feature but it's not going to be loved in every region. They may actually be hated in specific countries and the partner might request we don't ship it there. We haven't had that yet, but we have to be ready for it - and be okay with it."

When releasing Trove in Japan, Trion didn't have to change a great deal about the title, according to Hartsman. But one aspect it did have to tweak - or at least adapt - is how the game handles microtransactions in the region.

"So little had to be changed from the China version," the exec says.

"Obviously there's the localisation - you have to change the language. But again, that all leveraged work from the China port. Once you can support one character set like that you can support multiple. We were able to support Japanese really easily because of the Unicode work we did for China. Weirdly enough, one of the things we had to be careful of is the way that we do microtransactions in Japan.

"They do something very unique there. If you buy $1 worth of credit, until you spend that the publisher has to put $0.50 into an escrow account. That's a law that's specific to Japan because in the early days of free-to-play, there were companies that were spinning up, collecting a lot of money then going out of business. Players would buy $20 in credit and then the entire company would go away so the government stepped in and said that if companies want to do this, you have to put half the credit in escrow because this was such a problem there. That's part of what we are working on DMM Games with, so we had to do integrations with all their systems to make sure we were 100 per cent legal and they could manage it correctly."

Trove isn't the only success that Trion has seen recently. The firm recently launched a follow-up to its 2013 MMO Defiance this year called Defiance 2050 with the game hitting the one million user mark in its first month.

Part of the reason this was done was because the former title launched quite late in the PS3/360 console cycle meaning that it didn't fulfil the ambition that Trion had for the game. Art had to be downgraded to fit onto the older machines, for example. So 2050 was a chance to launch the project the team actually wanted to, albeit a few years down the line.

"What we were looking to do was take advantage of the fact that we have much, much better hardware for the game as well as the all the evolution of the gameplay over the last few years around a much more tightly focused co-op experience, and to be able to do that on a current generation of consoles," Hartsman explains.

"That was the thinking right there. There's an entire audience who didn't have the generation of consoles and don't play PC games. It was aimed at the Xbox One and PS4 audience."

Being an MMO title, it seems strange to see a sequel. With many titles, this would just be a new expansion under the original Defiance banner. But the changes were so wide sweeping that Trion felt it justified its 2050 tag.

"There were entire new gameplay systems. Most of progression, most of classes and everything got redone from scratch. There were two development teams - one inside Trion and another outside," Hartsman says.

One strange bit of news that came out of Trion recently was that it was launching a premium server for its free-to-play MMO Rift. That title initially used a subscription model when it launched back in 2011, but shifted to a freemium proposition in early 2012.

"It's been really fun. For the first few months after launch, Rift was getting more reactivated users than any other games we have ever done in the entire history of the company," Hartsman explains.

"There was a huge audience that was really in love with Rift in its early days. Back then, you'd go to the store, buy the box and it was a full retail subscription experience. We knew that there would be folks that were interested in just the subscription part again, without the microtransactions. The thing that I like about it is we have been drawing from Live for ways to make Prime better and vice versa. It's been symbiotic that way. Just as an example, because Prime had no real microtransactions in it, what the developers did was take a bunch o the microtransaction items and put them as end-of-month rewards for loyalty. Users get items if they log in 21 days each month, for example. People loved seeing that. It was a crazy generous thing because a lot of these were premium mounts that were going for a lot of money in the game. It's been fun."

It's somewhat surprising to see a paid service in a game that is actually free-to-play doing as well as it is. But Hartsman points out that this was something that audience had been asking for for a long time.

"We did this because of player demand," he says.

"People wanted that new car smell experience again of playing on a fresh server. It's one of the reasons why you see lots of games that do seasons or leagues - people love playing online games when they are on par with everyone else for a time. Other games call them leagues or seasons or whatever, but we offer it as this Prime server."