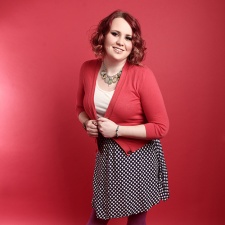 In her fourth insight piece for PCGamesInsider.biz, Failbetter marketing boss Haley Uyrus discusses how to engage with streamers to promote your game

Besides press, one of the many great ways to spread awareness about your game is of course influencers. For games that could be streamers from Twitch, YouTube, or any of the newer sites popping up - such as Caffeine and Mixer - who play your game for their audience. Even stores like Steam are beginning to incorporate streams directly onto your store page to draw new players.

At the onset of streamer popularity, having a professional streamer play your game was a great way to spread your visibility for free. Even more importantly, having a real person with a real personality exclaiming they enjoy your game to their viewers was as close to a word of mouth recommendation as you could get. Now that streaming’s been around for a bit, it’s evolved to become more professionally structured and normalised as a marketing practice, but it’s still an incredible way to expand your game’s visibility.

When Should You Get in Touch with Streamers?
This will vary depending on the type of game you’re making, as well as its runway to launch. For example, if you have a game with a decently long Early Access period you may want to bring streamers in at certain milestones, way ahead of your final launch.

Partnering with Larger and Strategic Influencers
If you have a more traditional lead up to your launch, you may want to create some pre-launch buzz via a few heavy hitter influencers. If you’re looking to try to partner with larger streamers for something like this, the most important thing is to do your research and find people that are going to enjoy the mechanics of your game. Make sure they play similar titles—and hopefully generally have a few indies in their lineup. Get in touch with them well ahead of when you’d like the streams to go live in order to leave room for their busy schedules, as well as the opportunity for followups, and time to try out the game out. These streamers will be getting an exclusive ability to cover your game ahead of launch.

Sending out Codes on a Larger Scale for Launch
You also might have a larger list of streamers that you send code to, so that multiple influencers are playing your game during the first week of your launch. No matter how many there are, these should still be hand selected by you for the type of content they have on their channels, especially if you’re a more niche indie.

Codes can be sent out to this list of streamers up to a week before launch. If you don’t have time to monitor things and chase down the rare few that may start playing ahead of the embargo date, it may be more piece of mind for you to send the codes out the day before or even the day of launch. Embargoes are definitely important, as they allow you to line up all your marketing activities to go live at the same time, and creates a more compact push, which in turn feeds the hungry internet algorithms. Professional streamers will expect and be on the lookout for any embargoes, so make sure it’s easy to find and clearly displayed in any email or press release you send.

Tools
There’s absolutely nothing wrong with handling all your streamer outreach in a Google Sheets or Excel file, and in fact you may have one of those going on top of any additional tools. However, it’s good to know there are some tools out there that may make your life a little easier during launch week and post-launch.

Steam Curator Connect
A tool within the store itself that allows you to send keys directly to verified ‘curators’. Curators on Steam aren’t just streamers, more specifically they’re people or groups that review games. However, you may find that some of the streamers on your list also have a curator page too, and if you’re not looking just for letsplays, this may be a helpful tool. It also has a search functionality so you can look for curators that handle particular genre or tech (like VR).

Keymailer
Keymailer is a tool set up to specifically make it easier for developers to send keys to Twitch, YouTube and Mixer streamers. There are different payment tiers that give you more customisation options and more analytic data, but the free tier is still very useful. After you set up your game, then the streamers can request a key themselves, or you can use the search tools to find streamers. The best bit is that you can check the streamer’s credentials within Keymailer, which makes handing out keys a lot easier. Keymailer also has some great coverage and analytic tools.

Woovit
Woovit's another type of Keymailer-esque tool that allows you to connect with influencers and offer them game keys or even create special offers for sponsored deals with them - in the paid version. The free version allows you to create unlimited campaigns for verified streamers, delivers coverage reports, and alerts you to videos about the offers you put out into the world. You can also set embargo dates and include special instructions in the key offers you send out.

Framing your Communication
In many ways reaching out to streamers is very similar to what you’d do for press, but these lists should remain separate so that you can tailor it more for each party. Press releases or emails should be short and sweet but incredibly precise - you can always link to your press kit or press folder so they have more detail available to them. You’ll want to make sure you include:

The type of game you have may affect how and if you want your game to be streamed at all.

Story Driven
If you have a narrative game that’s very linear, you may be worried that people will watch streams but then decide not buy your game because they’ve already seen the content. Not many hard analytics have been disclosed about this, so that decision is completely up to you and your team. However, there may be other alternatives, such as creating special builds or demos that streamers can play, etc.

Niche
While it’s important to always pick out and specifically curate the list of streamers you give keys to, it’s doubly important for any indies that are niche. The last thing you want is to give your game to someone who inherently is not a fan of the genre or mechanics, or who has a fanbase that isn’t a good fit for your audience. Make sure the viewership of the streamer is a good match for your game.

Early Access
If your game is being streamed while it's in Early Access or something similar, it’s important to make sure that streamers let their viewers know that the game is still being developed and things are likely to change. This helps to manage everyone’s expectations and gives you a little leeway if the design’s not completely balanced yet.

One Final Tip
Always check the credentials of any email requests you get for keys with the contact emails listed on the streamer’s channel - in the world of Let's Plays there are cats, pandas, and even aliens out there trying to trick you out of free keys.

INSIGHT - How to build a community ahead of launch (without crowdfunding)