INSIGHT - How to build a community to market your game 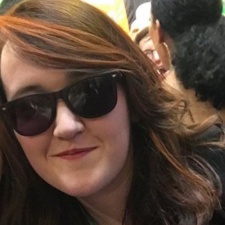 The merits of community to the success of any art project - especially in the indie space - are obvious.

The potential pitfalls come in the substance of community subsections and how they are handled because as we’ve seen recently, even disastrous gaming launches can have a comeback. Communities serve many purposes, they help spread the word, directly buy your game, but they’re essential to the long-term evolution of a gaming company.

In an ideal world, communities will offer feedback, either in respectful formal manners or brutal but fairly critiquing dialogue. Devs will be receptive to all feedback and ascertain as a team, what can be implemented for the betterment of the game while acknowledging fan insight that they don’t agree with. It’s all about respect without stifling the fun immersive air.

Shields up for Mercy

Think of the relationship of a gaming company and its community, like the standard role options in a multiplayer game such as Overwatch.

The games company is the tank - replace absorbing attacks for creativity, goals of investors and their colleagues- and the community as support, for example, offering much-needed feedback to boost the morale of game creators and helping them spot weaknesses in time. In some cases, like Mercy, they can even completely revive a game.

The needs of the community have also evolved. The past trends of social media exposure of behind the scenes occurrences in the games industry have bolstered knowledge and savviness. This can be a double-edged sword and relates back to the substance of said supporters. Being more informed as a customer and treated with transparency by a dev team, will always be good. It shows mutual respect between both sides, but certain factions can perceive awareness of happenings behind the pixel veil, to mean they have a complete understanding of all workings and entitlement to engage in a less than friendly manner with individuals on the games side.

Interaction and Exposure - These are the two main rudimentary goals when running a community.

Transparency - Be honest from the beginning until the end. If you’ve made a promise and can’t fulfil it be forthright and prove you will replace or strive to make your game the best version it can be.

Think outside the box - Try to be personable in your communications, take - non-offensive - risks in community events, competitions and game showcasing.

Geo-reaching - Launch parties in the city you work in work well, but if you can afford to do events in other areas, especially if you’re fanbase is large enough that there’s a location spread, this will mean a lot to your community especially those that don’t live as close to capital cities.

Update adages - The customer isn’t always right. A good community is run without forfeiting the wellbeing of staff and community members deserve respect in kind.

Do not jump the gun. Take time to investigate issues and realise fact from blatant hearsay.

Keep up to date with other communities. Learn how others interact, see how they’ve handled negative PR and always keep an open mind that you can do better, not to be better than the rest, but to just be the best for your games, team and the players.

In my experience, the value of community is transversal and the size should never be indicative of the future success of a game. I’d advise anyone that is looking to expand their user base, to take steps that also help improve the industry as a whole, even if a little bit at a time. Most would assume that money is only worth being spent on top tier influencers, in order to gain traction for their work, this isn’t the case.

One top-level streamer can do wonders, but a mid-tier content creator can work just as well for companies wishing to continue to build their brand and an intricate community. Everyone had to start somewhere, and supporting someone's rise and showing belief, has great value to your PR as well as offering hope to the next generation of creators and fans.

Communities enjoy interaction from the people behind their favourite titles. A current client of my marketing and PR company SharkBit, Glitch Games, has received great feedback purely for engaging with their community promptly and with personality.

One last tip I would give is while bespoke content and humanising your interactions, see everyone as part of a blanket, maybe not one of those dodgy ones made of Nicolas Cage’s face. If your aim is to interact, treating every member as just a fan of your game, regardless of gender, nationality and so on, then you’ll increase a sense of inclusion. If someone is sincerely telling you an element of your game is sexist, objectively look at this without assuming that because your community isn’t predominantly the gender of the complaint source, this isn’t an issue. This mindset will (mostly anyway) allow you to offer creative feedback, without allowing a negative eruption amongst those that support you.

Your creation will be discovered, but how far it reaches will be rocketed by your community. While it can sometimes be a solo job, to run things as well as you can, you should be able to ask for help, from your team and of course from the fans.