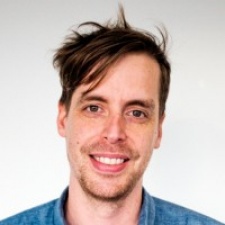 The PC Indie Pitch, is a regular event run by the makers of PC Games Insider. It sees indie developers engage in a speed dating-style pitching competition for fame and those sweet, sweet promotional packages.

Today, we're speaking to Happy Volcano's Jeroen Janssen, who submitted The Almost Gone to the first ever PC Indie Pitch and won the grand prize.

Jeroen Janssen: I’m one of the founders at Happy Volcano, a small indie studio from Belgium. I wear many hats: producer, game designer and business developer. But I guess my main job is to make sure that the rest of the team can do their job without interruption.

The two other founders are Peter Maasen, lead developer and David Prinsmel our art director. We come from different gaming backgrounds and we not only like different games, but also play very differently. David is very competitive, Peter is a completionist and I just want to rush through games and experience it from beginning till the end. I play most games on easy and I have no shame.

The Almost Gone is a narrative exploration game where a young girl’s spirit looks for a way out in a magical afterlife. She must fix the 'moments of death' of the people that died in the same second as her. Allowing them to pass over.

In the end, she will have to choose between life or death. It’s a very dark game as her own story is one of a broken family that ultimately made her end up in this afterlife. It definitely needs a trigger warning.

It’s though as an indie if you work in mobile, desktop or console. There are too many great games and not enough players to play them. We must resort to work for hire to bring in money. It’s finding a balance between client jobs and the thing you want to do. That said, this will be our first game we’re bringing out on multiple platforms. I hope spreading our reach amongst pc, mobile and console will pay off in the end.

It was a blast, but it’s very hard. You only get a limited amount of time. Four minutes to convince a table of judges and that five times. The first table I did our normal pitch, but it needed to be faster and tighter. Getting to the core much more quickly.

By the end of the twenty minutes, I got it down. It was a very good exercise in communication. For that alone, it was worth it.

After our second place at Develop Brighton, we got the be the winner this time. That’s recognition from industry people we respect. It felt good. We also made some great contacts. Both on the judges’ team, as well as other contestants and even amongst the people who came to support the event.

The marketing fee we won is going to come in handy once we release the game. But I guess the most valuable is the feedback from the judges. That really helps to see the game through experienced eyes.

I hope it touches people. It’s a dark story about death and abuse. We think it’s important that these stories are also told

Personally, I hope the game sells enough for us to be able to work on the next game. So yes, we do have plans for the future, but it’s a little early. First, we want to concentrate on The Almost Gone and make it the best possible game we can.

All 14 games from the first ever PC Indie Pitch

Cheer on your champions in next month’s PC Indie Pitch