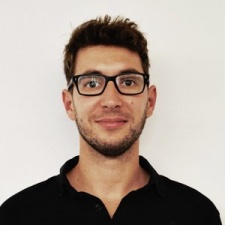 The PC Indie Pitch, is a regular event run by the makers of PC Games Insider. It sees indie developers engage in a speed-dating-styled pitching competition for fame and those sweet, sweet promotional packages.

Today, we're speaking to Mooneye Studios' Pascal Müller, who submitted Lost Ember to the first ever PC Indie Pitch and walked away with the prize for third place.

Pascal Müller: On paper, the team consists of two programmers, an art director, a 3D artist and a producer. In reality, each of us is wearing several hats every day, switching between artist, game designer, programmer, project manager, community manager hat and so on and so forth. Which is a lot of fun and also a little exhausting sometimes. We’re all sharing a love for indie games and working in small, awesome teams. That’s why we’re here, working on our first major release together - Lost Ember.

Lost Ember is an exploration adventure. You play a wolf that has the ability to take over any animal he encounters on his journey, which means you can play as a wolf, a bird, a fish, a sloth, a buffalo… and much more, in just one game. Playing all of these animals, the player is trying to unveil the story of a sunken civilization. But we also want the player to simply spend time in our world and have fun playing as all these different animals.

It’s not a piece of cake and sometimes, there’s no money for a piece of cake either :D You have probably talked to a lot of indies by now and know quite well that it’s kinda hard, but we’re also enjoying the creative freedom and the spirit that grows in an indie office. We think this is worth it and will keep going until proven otherwise ;).

It was a great overall experience and it was really good to get some feedback from industry veterans. It was also quite challenging to pitch the whole game in only three minutes. That forced us to break down the game to its absolute core and concentrate only on the most important features, an exercise which I would recommend every developer, before pitching their game.

The feedback was really helpful and showed us on which points we can improve our pitch. It is always good to talk to people who do not know the game and ask questions you do not expect. And of course, the prize money is something that helps us a lot. As a small indie studio, you can never compete with the big budgets of triple-A publishers so we are super happy for every cent we have.

For now, we simply hope for Lost Ember to have sufficient success to keep us going because we’d really hate this to end. Seriously, please keep us going! Apart from that, we can’t wait for people to get their hands on Lost Ember and to hear their feedback. Very excited for that already. Sometimes we talk about potential future projects over lunch, but that’s it for the moment. To make any future projects happen we have to focus all our energy on Lost Ember right now.

All 14 games from the first ever PC Indie Pitch

Cheer on your champions in next month’s PC Indie Pitch