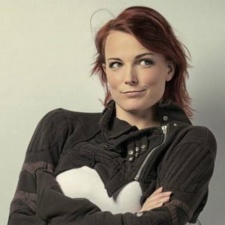 Back in 1977, designer Steve Jackson launched a tabletop board game called Ogre.

In 2012, the developer took to Kickstarter to release an updated version of this project; one of the Stretch Goals for this crowdfunding venture was a digital edition of the game, which is hitting shelves today courtesy of Auroch Digital.

So, what’s the thinking behind this release?

This is a celebration of Ogre 40 years after its original tabletop release in 1977. We’re working closely with Steve Jackson Games to make sure it’s true to the original and an authentic Ogre experience the fans will (hopefully) love and enjoy playing for years to come.

How did you come to work with Steve Jackson Games on this project?

In 2012 Steve Jackson Games ran a Kickstarter campaign for the Designer’s Edition of Ogre, it raised nearly a million dollars, smashing all its goals and going into stretch goals. One of the stretch goals was to develop the digital version. We are very lucky that Steve Jackson liked the work we have done on other board game IPs, such as Games Workshop's Chainsaw Warrior and Dark Future and had a rapport with our director, Tomas Rawlings, who has been playing Ogre since he was nine.

Ogre obviously began life as a physical board game. What sort of challenges have you run into while converting it to a digital product?

The biggest challenge we faced arose because we were determined to keep it as close to the physical board game as possible. There are some things which just don't transfer well, for example, a rule where the players need to decide the outcome of an interaction between themselves simply wouldn't work in a computer game, so we had to come up with other solutions, such as allowing the AI to step in briefly.

And what has the digital version of Ogre allowed you to do?

Bringing the game to digital has allowed us to develop a scenario editor where players can create their own maps, add victory conditions, and choose units. Unless a player hacked up one of their boards into individual tiles, this wouldn't have been possible before. It’s also bringing the vast Ogre community together like never before, as players can now play each other wherever they are in the world.

What’s your ambition/expectations for the title?

We have high hopes for the launch of Ogre, as the board game has been building its community for over 40 years, and we’re excited that there are so many eagerly waiting fans. Although this is also a lot of pressure at the same time.