Hangar 13 lays off around 50 staff in California 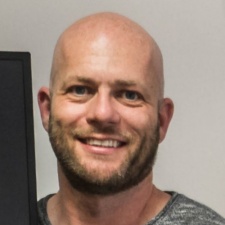 Mafia III developer Hangar 13 has made layoffs at its offices around the world.

As reported by Kotaku, around 50 of the 87 staff at its Novato, California studio are losing their jobs. It also looks like cuts are taking place at Hangar 13's locations in Brighton, UK and in the Czech Republic.

The news was broken by the head of Hangar 13 Brighton, Nick Baynes (pictured), who has taken over as the overall company's boss following the departure of Haden Blackman earlier in May.

“I know it sucks,” Baynes said in a call.

“I’m sorry I’m not over there to deliver this message. I will be coming over soon. I know you need some local leadership and structure and we’re working on it.”

In a statement to Kotaku, a 2K spokesperson said: "2K is fully committed to the future of Hangar 13 as the studio navigates a challenging but ultimately promising transition period. As part of our ongoing evaluations to ensure our resources are aligned with our goals, we have made some changes that have resulted in a reduction of positions and parting ways with some colleagues. These decisions are always difficult. We are doing all we can to work with the impacted employees to find them new roles on other projects and teams at 2K, and are providing full support to those who cannot be redeployed, connecting them with industry networks and resources to find new opportunities outside of 2K."

Since launching Mafia III in 2016, Hangar 13 hasn't really been able to catch a break. In 2021, parent company Take-Two cancelled a project – codenamed Volt – that the studio had been working on for four years. It had cost around $53 million to make so far.

Zelnick to remain Take-Two boss until 2029