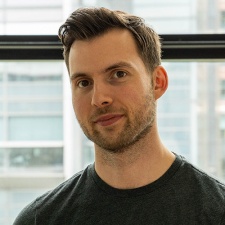 This was the first of two GDKs to roll out at the end of this year, with a SpatialOS GDK for Unreal set for release next week.

Both of these engines have been compatible with Improbable's SpatialOS via the Software Development Kits (SDKs) that have launched in the two years since that tech's rollout. But according to Improbable, this new launch represents a better integration of these engines at SpatialOS.

"We already have SDKs out in the market for Unity and Unreal. Traditionally, they've been very opinionated so we took a SpatialOS-first approach with those, thinking about how we would use that tech with these engines," VP of product management and one of Improbable's first four employees Paul Thomas tells PCGamesInsider.biz at the firm's fancy new Spitalfields office.

"This time, we flipped it on its head so we decided to ask those engine developers what they want first, thinking about the workflows that they're used to and accustomed to.

He continues: "It's about making it feel very native to those engine developers such that they can basically come on-board and start using them. They feel very similar to what they'd traditionally use, which is different to before. Before we used to think about our concepts; now we think about it as building up from their game engine first. This will make it much easier for more developers to use and really lower the barrier to entry for a lot more developers."

These GDKs have been formed by the developers using them. Thomas namedrops Bossa Studios and Klang when talking about the process of making the Unity package, while Midwinter Entertainment has influenced the Unreal Engine integration.

He also expects the audiences for these two GDKs to differ somewhat.

"The Unity audience is more indie - most of Unity developers tend to be on that side of things. Our archetypical customers, like a Bossa Studio, is a two-to-30-person team working on a game that has ambitions to build a multiplayer aspect and future ambitions to make an MMO," he explains.

"We have this product that's good for small teams that can help them build these bigger games. On the Unreal side, it's a much broader spectrum. I would say it's good for small teams, but it's also really good for larger teams as well. What we try and do with unreal is try and make it very easy to take a game you have already built and bring it into SpatialOS. There are a lot of Unreal devs who have released multiplayer games out there today. With our Unreal integration, it's really easy to take a game you already have and migrate that into SpatialOS and start adding new features - extending the player count, adding more NPCs, adding more interesting gameplay, which gives you a much broader developer appeal. That's the way we targeted them in terms of who they are for."

Included in the Unity GDK was a 200-person shooter test project (above) so that developers can toy around with the tech and figure out what works. Thomas says that this is just one use for this demo, with studios able to make role-playing games and other genres in this demonstration.

Soon after the announcement, indie developers were pointing out that this demo, and the Unity GDK in general, had opened the door for smaller studios to make massive projects, even battle royale titles, in a game jam setting.

"It's pretty cool. The fact that you can do these bigger projects in a game jam scenario will lead to innovation, rather than people making the same game over and over," Thomas says.

"It gives people a base they can start from rather than traditionally investing two years or so in server tech. Now you get that from Day One. I'm excited about that because the kind of thing I want to see is these big 200- or 400-player battle royales done in game jams. It'll be cool and interesting to see what comes out of that. That was one of our thinkings behind the whole thing; enabling smaller teams to build these bigger games very quickly."

Right now, the 200-player demo is free to use - i.e. studios won't have to shell out for servers and so on. Developers able to increase the number of players a certain amount by entering - for free - into the Google Innovation Programme. Improbable can only put 100 projects into this scheme, but those that are part of it see their development and server costs covered. Beyond that, Improbable is adopting a tier system similar to that of Unity and Unreal - but instead of revenue deciding the fee, it's determined by usage.

"This means that the more players and the more instances of your game you have, the more you'll end up paying," Thomas explains.

Improbable isn't a newcomer - it's a thriving business that's seen a frankly ridiculous amount of investment, including that $502m contribution from Japanese finance firm Softbank. But what the company has lacked up until now is scale. The projects currently using the tech, such as MMO Worlds Adrift, Automaton's battle royale game Mavericks and ambitious sci-fi shooter Scavengers from Midwinter Entertainment have been pathfinders - figuring out what is possible with SpatialOS.

But now the company is beginning to mature and drive mass adoption.

"Before, you had to be a bigger studio with a well-seasoned team to use our product," Thomas says.

"It was difficult to get in and start using it; it required a lot of time. We are lowering that barrier so that more people can come on board. That's a message that we want to industry to realise. Over the next year or two, we're going to be releasing a lot of stuff that'll make multiplayer game development much easier and lowering that barrier to entry. Dedicated multiplayer used to be hard, but now we are making it easier and faster and we're going to continue to do that."

And, though it is best known for MMO projects so far, there are going to be a wealth of possibilities and genres possible for Improbable's SpatialOS.

"200 players is just the start. It's a taster of what you can do with SpatialOS," Thomas says.

"If you want, you can take that project and scale it up to 1,000 players or 10,000 NPCs. What SpatialOS is about is giving people the flexibility to decide how much scale they want. They can make a very small game, say 16-player vs 16-player arena game, all the way up to a larger persistent world MMO. That's one of the things I want to make sure people get. At the moment we're very much in the ballpark of 'you can build an MMO with SpatialOS' but it's really for all multiplayer games."

He concludes: "That's a big and important message that we want to try and get out there more. We're very good for this and you can tweak and tune it as much as you want."