"The indie games market is the best possible space to be in terms of innovation, passion and financial opportunity" 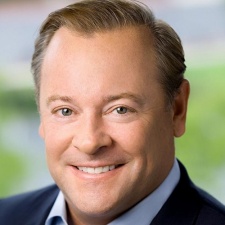 In March, former PlayStation US president and CEO Jack Tretton announced he was launching a new investment fund for indie developers. Created with the head of Ark: Survival Evolved developer Studio Wildcard, Doug Kennedy, Interactive Gaming Ventures is looking to fund two-to-three studios each year with budgets of $1m-to-$5m.

PCGamesInsider.biz caught up with the man himself to find out more

So, why have you launched this fund?

This is my 32nd year in the industry; I have always been passionate about games. Gamers themselves really energise me because they are so passionate about it. I enjoy the fact that the industry is constantly changing, so I'd never want to leave the industry but I certainly had my fill of the corporate world. I enjoyed it, I spent 28 years with three companies and really appreciated all the resources they brought to the table and I love the team approach. But, as with any company, you don't agree with everything they do but you have to swear by it because that's what you're paid to do. I got to a point in my career where I wanted to focus on working with who I wanted to work with and do what I was passionate about. I think indies are the best possible space to be in, in terms of innovation and passion, and quite frankly, in terms of financial opportunity.

Why did you launch an investment firm as opposed to - say - a brand new publisher?

That's certainly something we considered and it's something that could happen down the road. If we were going to become a publisher and we were going to do it on the indie side, it'd have to be a roll of two or three different indie publishers. Somewhere down the road, we might be interested in merging with another publisher. Step one would be: find publishers where we've had a good working relationship in the past, where everybody has made money, everybody has been successful, there's a cultural fit and either with one publisher or a combination of publishers, we'd potentially roll that up to be a full-fledged publisher.

If we're doing that and involving multiple development teams, they have to work together as well. Doing it game by game, publisher by publisher is the right place to start. Once we have critical mass going, that's the point you could consider yourself a potential publisher down the road.

There are a great number of companies looking to help out indie developers right now, including publishers and investment schemes. What sets Interactive Gaming Ventures apart from the crowd?

My pitch specifically is that I have been in the industry a long time and I've done it on a very large scale. I've certainly been involved in studio acquisitions and rolling studios out independently. I've been working with indies now for four years, so I'd like to think I bring experience along with my partner that most other firms can't offer.

Also, it may seem like there are a lot of these companies announced but there sure seems to be a lot more interested developers looking for money than there are funds looking to spend money. I've personally found that if you're not inside the industry, even from the investment side of things, it's difficult to understand the cadence of the industry and I didn't want to spend my time educating investors to the industry. I wanted to spend my time working with developers to help them be as successful as possible. I found that when you get into bigger funds and you get outside money, there's a lot of learning that needs to be done that industry people don't have to suffer with.

Beyond education, where do you think outside investors go wrong with video games?

A lot of the time, they're looking strictly at the financial return and they want to get it as quickly as possible. We want to play the long game; it's not about the first title we sign. It's not about the first developer we work with. It's about building something for the long term. The ideal relationship with a developer is that they feel like they now have a source for management guidance and investment, and they don't have to spend their time chasing down money; they can focus on what they're good at. We'll help them scale and teach them the parts of the business that they might not be as well-versed in. They feel like it's a source that they can depend on.

We're not in this for the short term hit and run and we don't want the people who are just going to be one-hit wonders that take all their money and blow it.

What are you looking for in terms of games and studios?

With the development community, there are very well financed teams that have a good head for business that are going to reach milestones, they're going to stay within budget. They're going to spend sparingly, but they don't have the creative chops. Then there are development talents that are very artistic and creative who have great ideas but have trouble working within a structure that says: 'This is the budget, this is the timeline, this is the milestone date that we need to reach it, and you need to reign it in a bit and focus'. The perfect developer has that combination of the two. They have the business savvy and the creative chops, and they have proven it.

A big thing for me to look at how a studio got financing for their first game, what that experience was like; they've produced a game, did it come out on budget? Did it come out on time? Did it have commercial success? And this next question is a crucial one: 'What did you do with the money that you made and your commercial success?' If the answer is: 'I went out and bought a Ferrari, then you're probably not the team we want to work with. If the answer is: 'We stayed humble, we kept expenses down, we took all the money we made from the game and put it into our next project because we're not thinking about how much money we're going to make off the next game; we're thinking about building our studio five and ten years down the road'. Those are the teams we want to work with.

We're not in this for the short term hit and run and we don't want the people who are just going to be one-hit wonders that take all their money and blow it. We don't want to be that way; we don't want to rape and pillage a studio for great financial contributions but leave them destitute. At the end of the day, this industry is really incestuous. Your reputation proceeds you and if you're seen as someone who is great to work with, you'll have an endless supply of people wanting to work with you. If you see someone who took advantage of everybody and didn't perform accordingly, it's going to be hard to get people on board. You have to do things the right way.

In your announcement, you say you are looking to fund projects with $1m-to-$5m. The top end of that scale seems to be your mid-tier or indie-A titles, while the bottom is likely smaller outfits. What is the ideal amount of investment for you?

The sweet spot is in the $2-to-£3m range. $5m is stretching it a bit. There are a lot of opportunities where somebody is coming to us and saying they need $600,000 to finish a game and not only are they looking for finishing funding, they want to tap into our management expertise. That's where you can start to do $1m projects. You can even do projects on the low end. We don't have a clear definition of the financial scope. I don't think we want to put all our eggs in one basket and go for a big budget title. But I do think there could be some smaller opportunistic plays. What's very important to us is this is going to build off of these first two or three investments. A lot of the funds that are going to be generated in years two and three are going to spin out of one. If we do well with our first three projects, we'll be able to be opportunistic on more projects. If we underperform on the first two projects, that's really going to stunt our ability to expand the fund in years two, three and four. Our horizon is a seven-year fund and it is our intention to roll the dollars back in.

What's the plan for the next year?

I would love to have identified two or three projects with teams that were really excited about, projects we're really excited about. This industry is very small, so the chances are that if we don't know them personally, we know people who have worked with them, so there's some degree of familiarity. But we have projects in development that are going to go to Early Access in 2019 and we're going to see monetisation for everybody involved based on that Early Access performance. That will lead us to march to full-blown releases in 2020. Our first full market releases on console will be in 2020 if all goes according to plan in 2018.